Where Sierra Leone Is Never Too Far Away
News
Updated: November 9, 2018 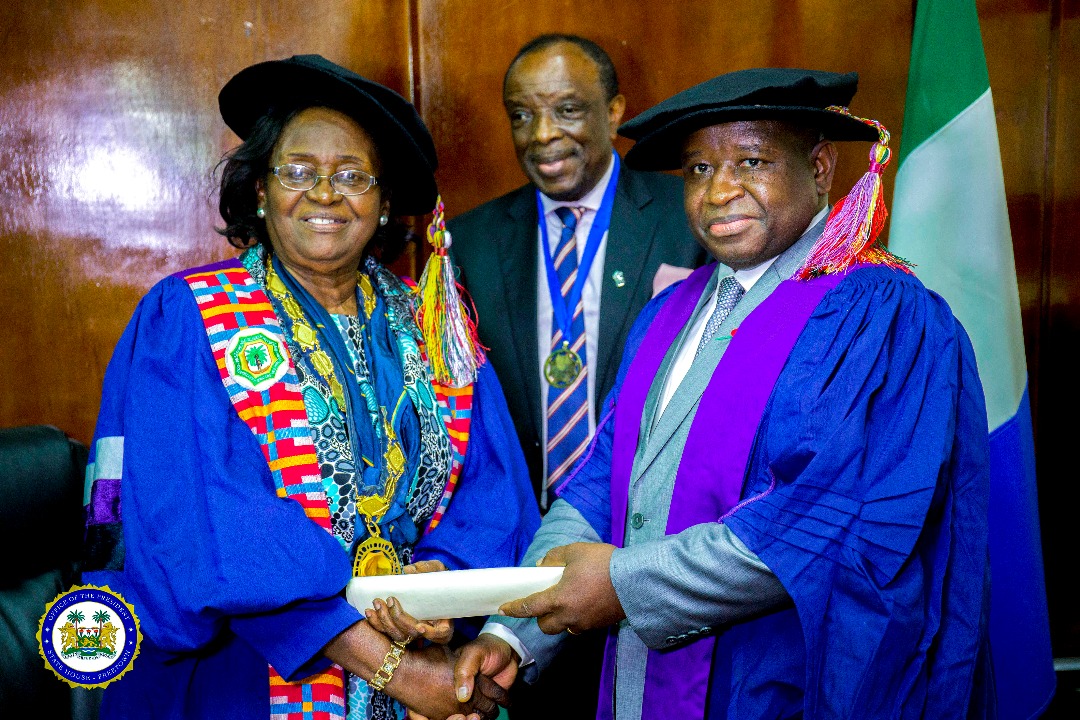 State House, Freetown, Thursday 8 October 2018 – The West African College of Physicians has conferred an honorary degree on His Excellency President Julius Maada Bio at State House in Freetown, making him the ninth Awardee of the honorary fellowship degree since its establishment in Lagos, Nigeria in 1976.

President of the College, Dr. Ifeoma Egbuonu, thanked President Bio for receiving the honour, in Latin a degree honoris causa. She said the college would continue to contribute to the country’s health sector and had done so especially during the Ebola Virus Disease outbreak. She added that they were pleased to be in the country again to get a first-hand experience of the status of medical facilities after the 2014 outbreak. She said the college wanted to see that they were actually functional in the country. 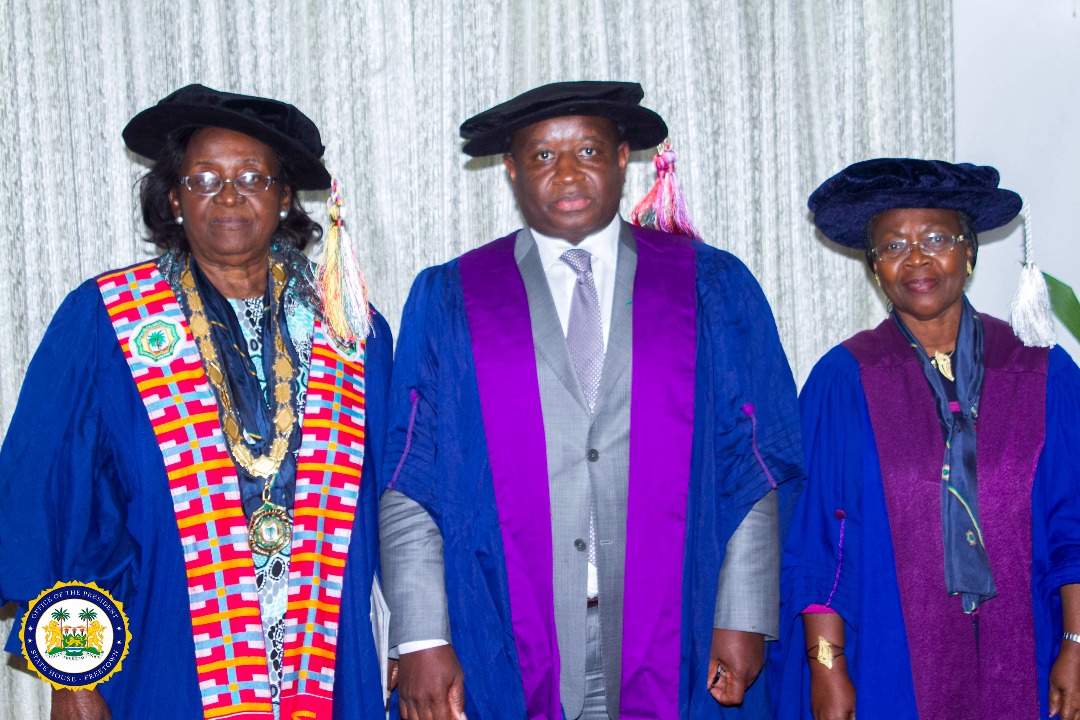 Madam Egbuonu disclosed that the college was pleased with President Bio’s vision for human capital development. She noted that the college had identified Sierra Leone as a country with special needs and that they were paying keen attention to that. She pleaded with President Bio to pay attention to post-graduate programmes for medical personnel that would improve on the health sector.

“We want to congratulate you on your victory. We want to see that the purpose for which the college was established is fully achieved in Sierra Leone. We know what difference it will have made if we had enough health manpower when the Ebola crisis was on. So, we are here to encourage our fellows in the Sierra Leone Chapter to see that the aims and objectives of the college are met,” she said. 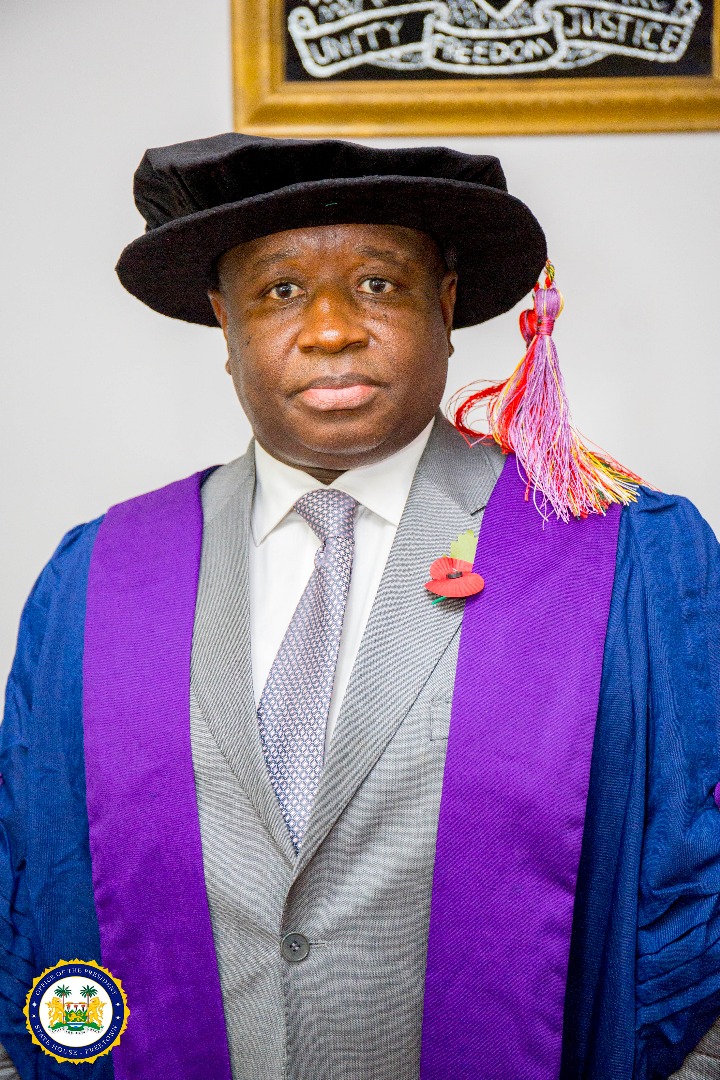 “Your Excellency, we know that you are new in office but we are aware of your interest and commitment to education at all levels, which includes medical education. We want to see that local health workers in the sub region become specialists that will be able to handle future health challenges. Medical treatment is quite expensive but as people who have interest in the sub region we want you to use your office to plead with other Heads of State to take health issues very seriously,” she appealed. 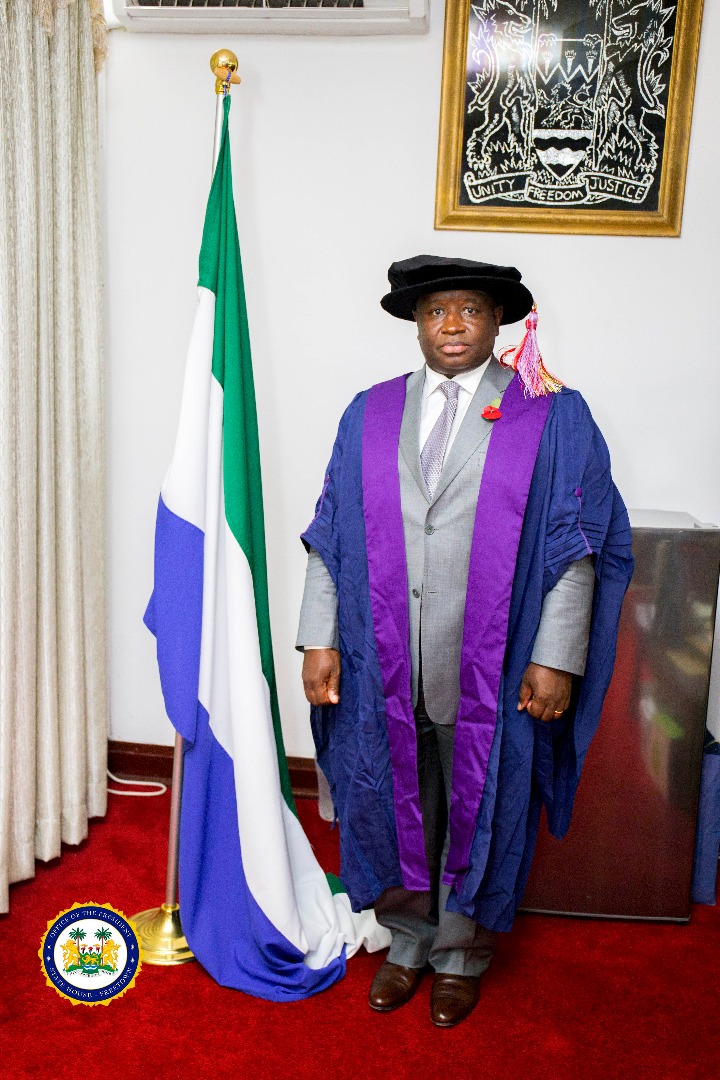 “I want to thank all of you for considering me for this honour. I have committed this government to human capital development and within six months we have started the process to make sure that what I said is actualised. Already, we have launched the free quality education that will give us an educated society but we need to look into the health sector again as we are in dire need of a working health system. It is good you are here to help us in this process,” he said.

The West African College of Physicians is responsible for postgraduate specialist training of doctors. It also organises educational and scientific programmes, including an Annual General and Scientific Meeting that rotates through the various member countries.