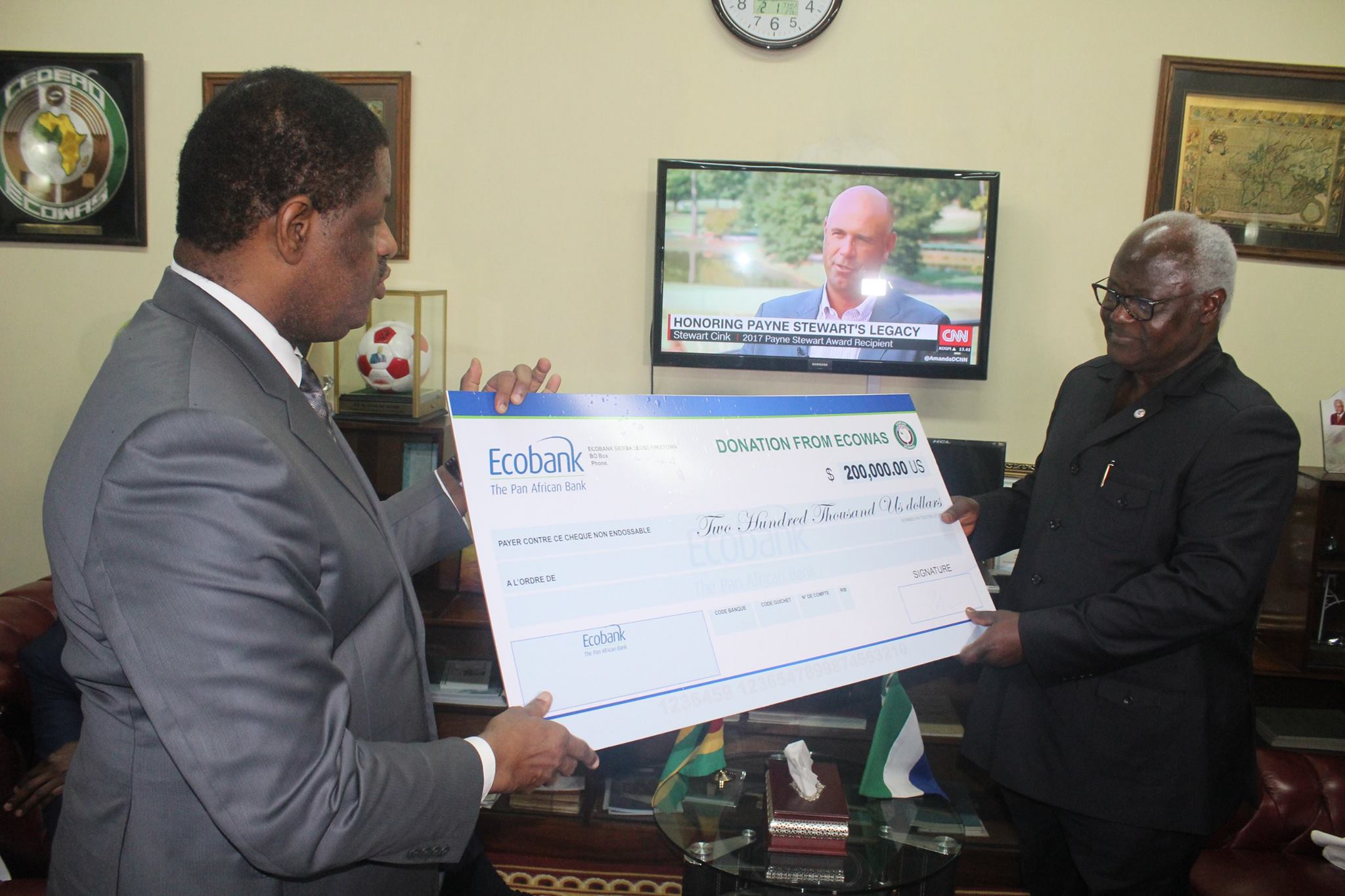 A high powered Togolese delegation led by His Excellency Faure Essozimna Gnassingbe, President of the Republic of Togo arrived at State House this morning Thursday 17th August to express sympathy and heartfelt condolences as well as show solidarity to His Excellency President Dr Ernest Bai Koroma for the loss of lives in the wake of the flooding and deadly mudslide that claimed the lives of hundreds and destroyed countless properties.

President Gnassingbe, is being accompanied by his Minister for Social Protection Moustapha Mijiyawa, senior advisers and the President of the ECOWAS Commission, His Excellency Marcel Alain De Souza.

The Togolese President said he received the news of the tragedy from the media with shock and sadness. He expressed sentiments of support as well as offered prayers for the departed souls and victims of the devastation and made a modest gesture of USD$500,000 towards government’s emergency response efforts. President Gnassingbe lamented the fact that Sierra Leone was engrossed in massive infrastructural development when Ebola struck a few years back which, he said, derailed the country’s developmental aspirations.

President of the ECOWAS Commission De Souza also expressed sympathy and sentiments of support towards government’s emergency response for the victims of the flooding and deadly mudslide. He assured of sending a rapid intervention team to assess the damage caused by the torrential rains that resulted to excessive flooding and mudslides. He presented two cheques of USD$100,000 and USD$200,000 each towards food and medical care for victims of the August 14 disaster.

Receiving the Togolese President and delegation, President Koroma described the visit as a source of consolation and solidarity to the Government and people of Sierra Leone. He described the August 14 tragedy as unprecedented, saying that no exact figures of casualty have been established. He reported on the ongoing rescue operations, although the possibility of finding people alive has started to diminish rapidly. Even though a lot of bodies have been recovered, there is still a lot to be discovered, he said, adding that such solidarity shows a sense of belonging in the typical African way when “one of us is facing difficulties”.

President Koroma also spoke of the resilient nature of Sierra Leoneans, saying that very soon, Sierra Leone will bounce back from this debilitating experience, and emphasized that as a nation “we are encouraged by the support and assistance from various quarters to see the country through this moment of difficulty.”

On behalf of his personal self, government and people of Sierra Leone, President Koroma thanked his Togolese counterpart as well as the president of ECOWAS Commission for their timely interventions. 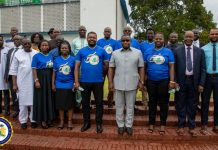 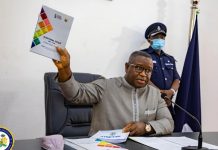 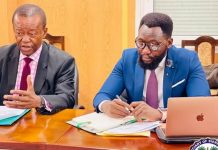