Where Sierra Leone Is Never Too Far Away
Blog
Updated: October 5, 2018 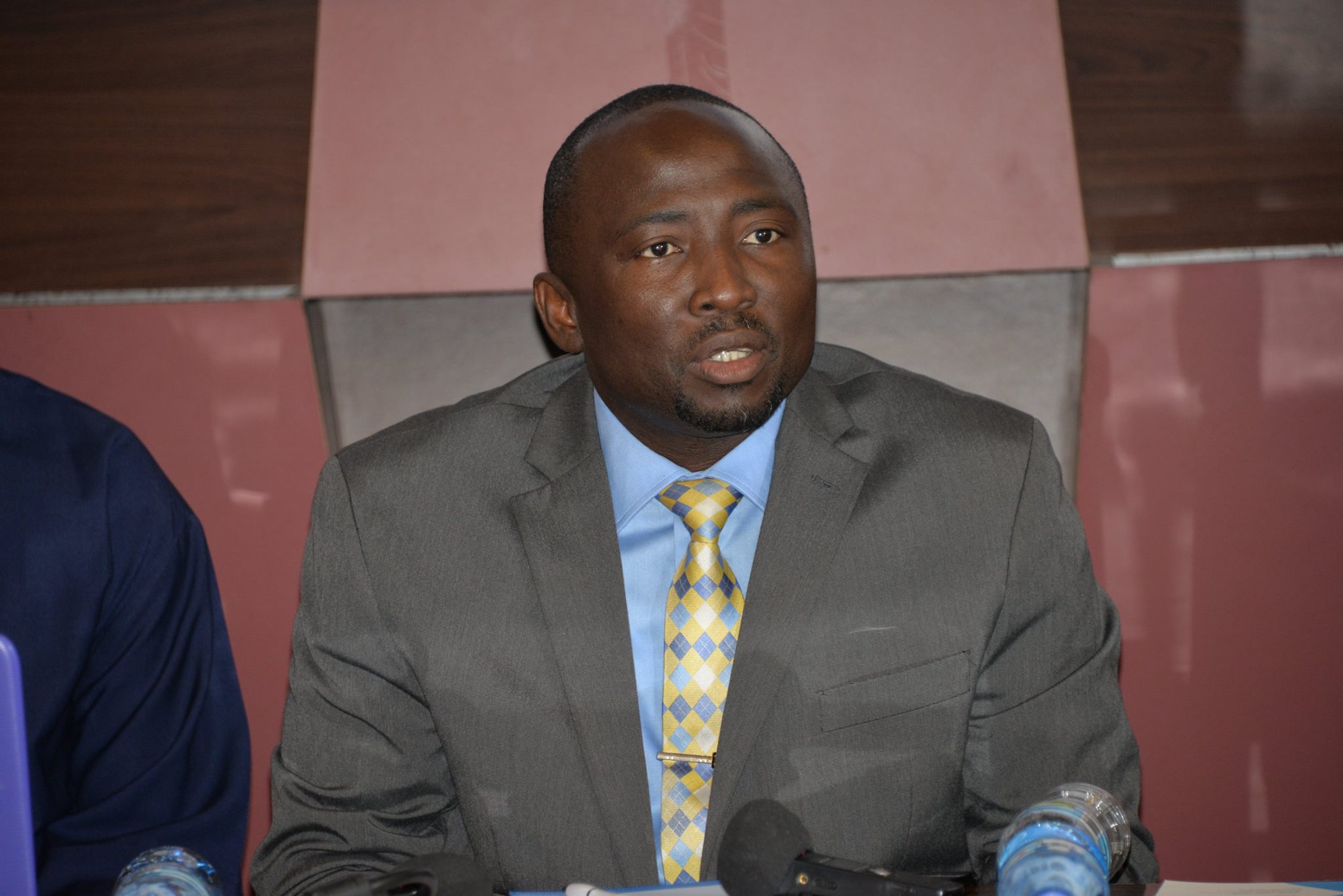 Speaking at the official opening ceremony of the round table meeting of civil society organizations on national peace infrastructure at the Home Suites Hotel Aberdeen, the Deputy minister of Information and Communications Solomon Jamiru Esq. said having a national peace infrastructure is important to sierra leone. He continued that, there are several path ways to peace, which he said were explored in the course of the caos citing, Yamasato, Lome amongst others .
He noted that, “we achieved the peace though that peace has always been tested, threatened and joerpadised”. He furthered that, just having a peace infrastructure is not peace not enough, but we should learn how to add value and consolidate the process too, citing the launch of the fragility report which he said, notes what he described as, profound underlying causes of instability in sierra leone. “it is very timely and imperative that we start talking about having a peace infrastructure” the minister noted.

The Deputy Minister of Information and Communications Solomon Jamiru Esq.
speaking at the opening of the He said, his excellency in his media parliamentary speech recognised the media and civil society organisations as the bed rock of our country’s democracy. Adding that, CSOs have played a vital role in the sustainance of the peace of our country. “ the peace in sierra leoene must not be trivialized or be taken for granted” the minister emphasized.
Minister Jamiru said, sierra leone as a country has a lot to work on, with regards our state in the human development index, infant and maternal mortality amongst others.
He commended WANEP for having a civil society round table to think out on how to develop a peace infrastructure for sierra leone , and encouraged them to further explore other ways of sustaining our peace and implored that key political actors be held responsible for their actions that may threaten the peace of our country. 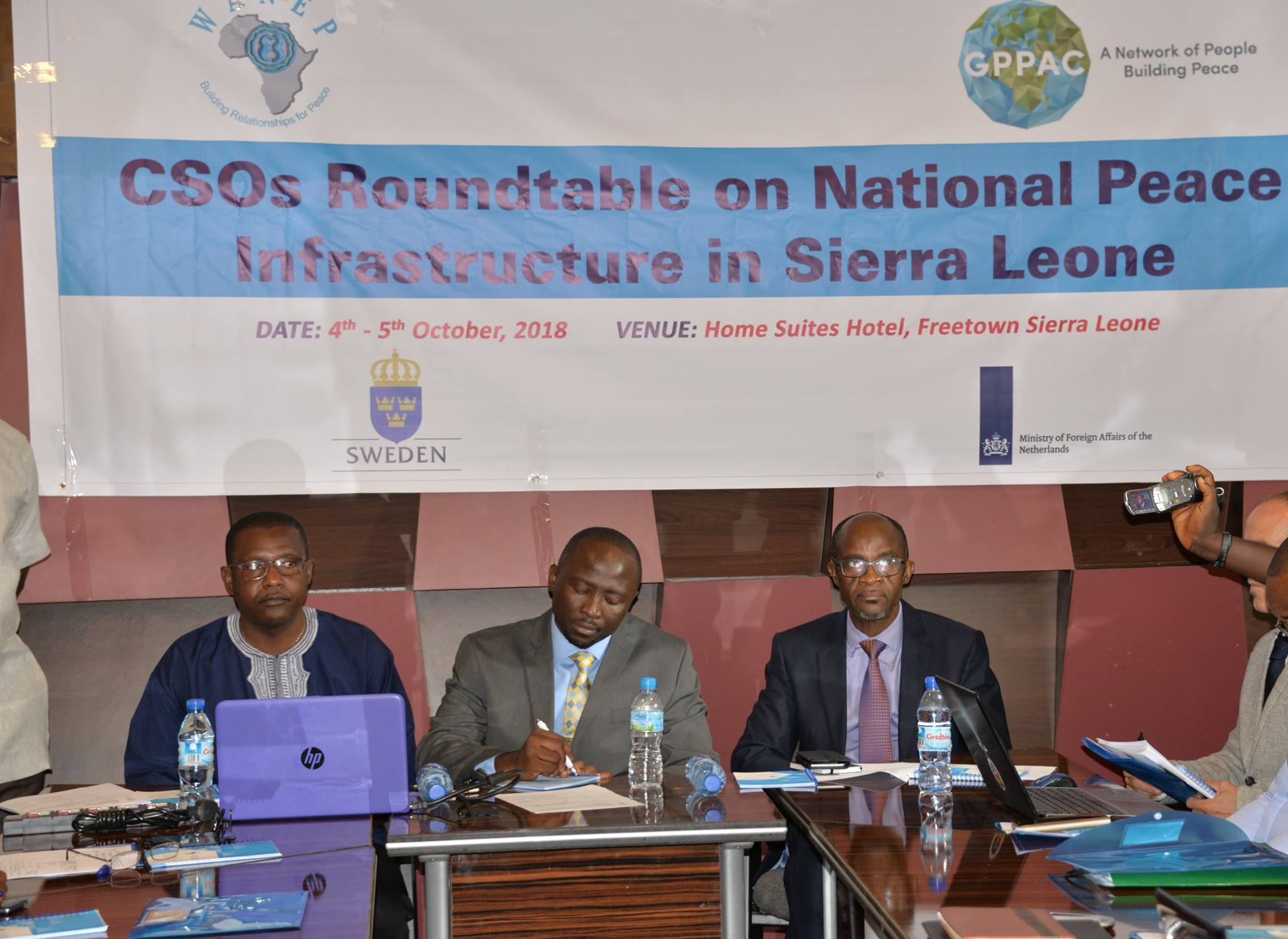 On behalf of the New Direction Government the minister applauded the efforts of WANEP, GPPAC and other partner institutions and assured of government’s commitment to supporting the process.
He implored all to pay great attention to the deliberations since the issues they will be discussing will add value to the President’s vision.
The head of civil society Organizations – Sierra Leone Charles Lahai said there is enormous responsibility in our hands as sierra Leoneans; he added that a lot has been done since 2002 when the civil war was declared over by late President Tejan Kabba adding that, after that, institutions have made lots of strides to ensure that we pull ourselves together as a nation.

The Head of CSOs- SL Charles Lahai (left) Deputy Minister of Information (centre) UNDP Country Director Samuel Thoe (right)
Noting that, His Excellency President Bio has given the opportunity through his official commitment made at the state opening of parliament where he committed his government to setting up an independent commission for peace and national cohesion.
He thanked other partners from abroad who came to share their experiences with us as a nation and emphasized the need for our country to learn from other countries and ensure to make use of the lessons learnt.
The Country Director UNDP Samuel Thoe addressing CSO members said it is an invitation by the President that Sierra Leone should have a more institutional approach to sustaining its peace which he said has warranted the meeting.
He pointed out that, peace is not given; it has to be worked for and sustained. He furthered that as humans we are inherently self-interest persons therefore it is how society manage it available limited resources that determines the peacefulness of that society. He maintained that it is the unequal distribution of these resources that causes the conflicts and encouraged all to be conscious of the risk of fighting over limited resources as a nation which he said is not unique to Sierra Leone.
Mr. Thoe said that is why there should be a deliberate approach to put in place mechanism to have some sort of infrastructure for peace providing the channel to deal with possible conflicts away from court.
He said Sierra Leone has a history of eleven years (11) civil war therefore there is every need for a peace infrastructure.
He disclosed that UNDP is supporting the development of what they call the green paper that is being done by civil society organizations which will eventually be produced as a white peace paper after deliberations at the conference of institutions for peace.