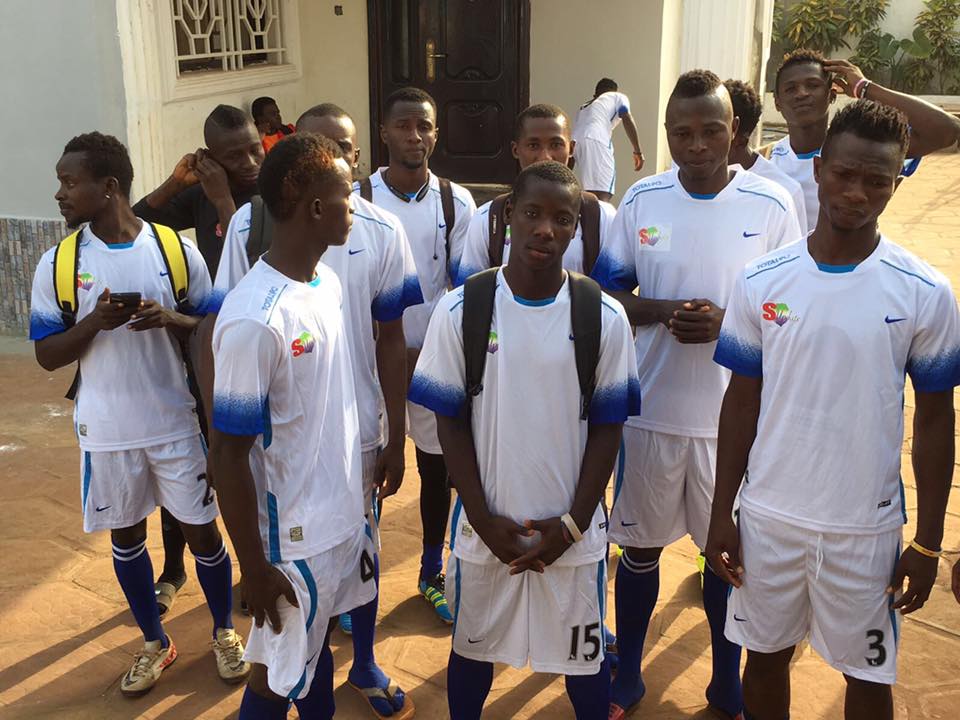 Minister Plenipotentiary at the Sierra Leone High Commission in the United Kingdom has donated a full set of football jersey to the Rokel Community football team in the far East of Freetown.
Sorie Sudan Sesay made this donation to officials and players of the Sima Town Football Club, Rokel Village yesterday, when the team paid him a courtesy call at his Rokel residence.
Sudan encouraged the team to be focused and disciplined if they want to take their footballing career to higher heights, adding: “one of you might just be the next Lionel Messi or Christiano Ronaldo”.
Sudan, who hopes the donation would serve as a motivation to the team to perform better in the field of play had previously engaged in several developmental projects in the community. 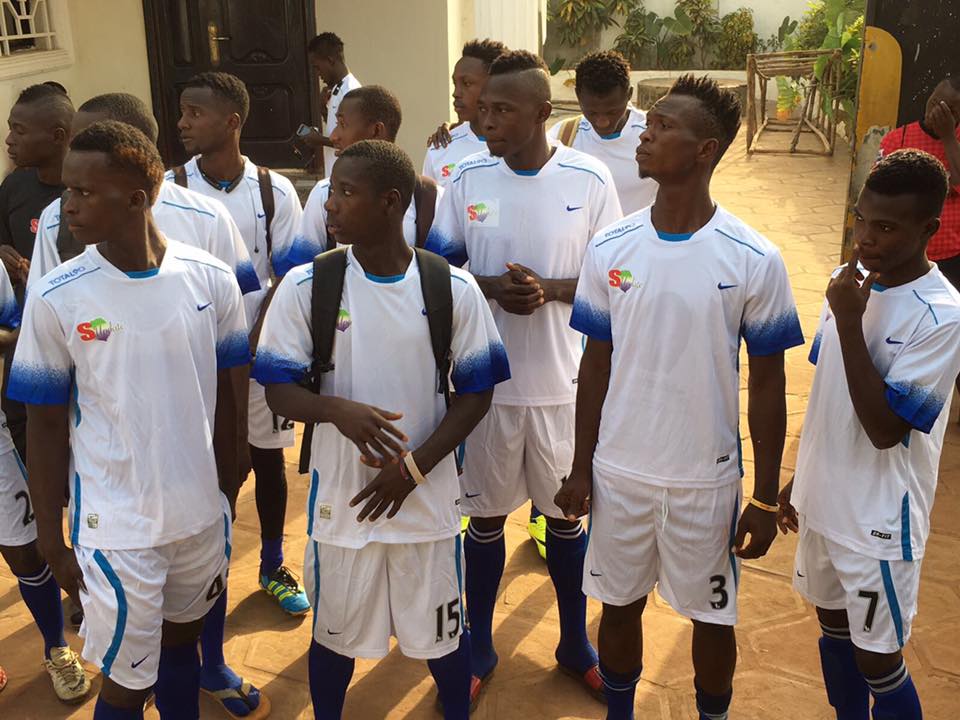 He believes the development of the country should not be the sole responsibility of government but also the people should be able to compliment government’s efforts by developing their respective communities with whatever little they can afford to enhance progress.
“Today I donate these jerseys as part of my contribution towards the development of football in this community and I hope this will motivate you into winning trophies for the community,” says the London based Diplomat. 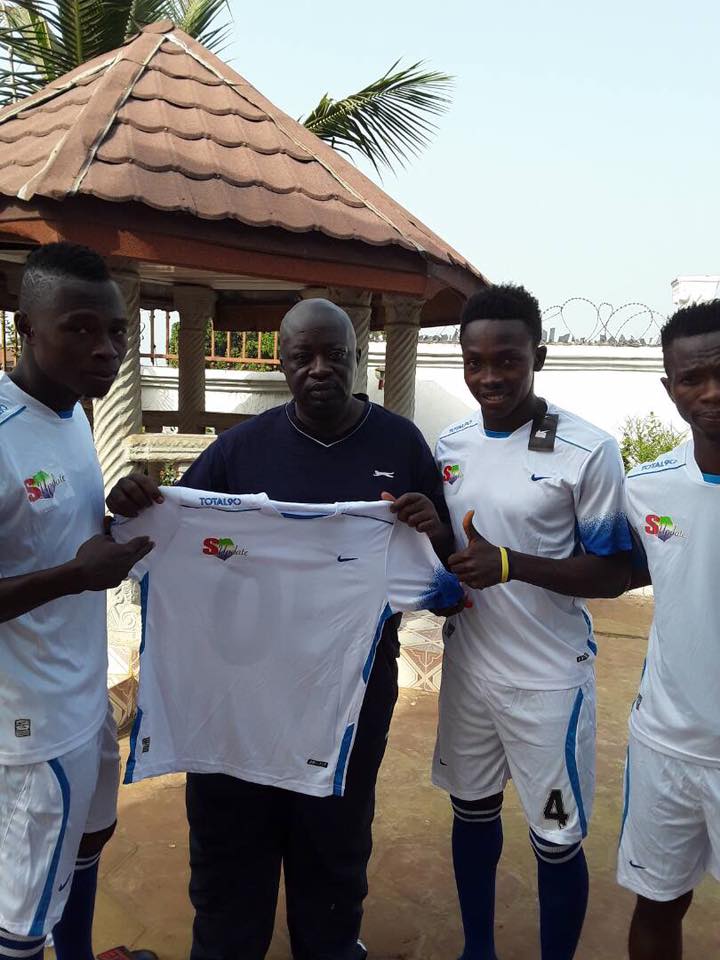 The captain of the club Fuad Kargbo expressed his team’s profound appreciation towards the gesture and thanked Sudan and his family for their continued support to the community.
Kargbo said they are happy and fortunate to have such a personality like Sorie Sudan in their community and called on his team mates to thank and bless Sudan for his continued support not just to the football team but also the Rokel Community.
The jersey comprises 16 shirts and shorts and a full set of goalkeeper jerseys including gloves with the SIERRA Update logo on the jersey – the official brand of Sorie Sudan’s Media company. 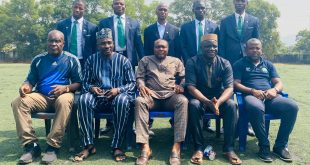 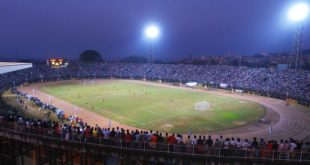 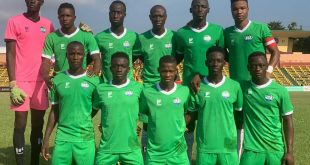 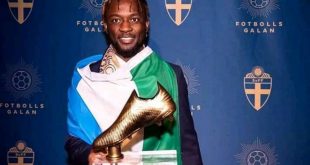 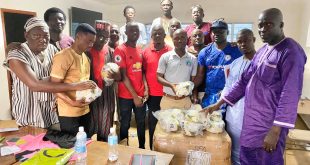 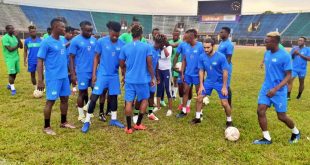 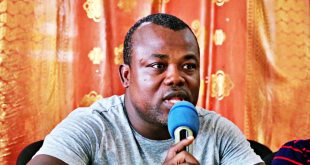