Where Sierra Leone Is Never Too Far Away
BlogNewsSports
Updated: January 14, 2019

On 27th May 2020 ,amidst the COVID-19 pandemic, Chang Li Mining Company donated to the Government of...
Read more

Sierra Leone’s FA Acting President, Brima Mazola Kamara has handed over refereeing materials to seven (7) Sierra Leonean international referees for their engagement in 2019 FIFA and CAF competitions.
Among the seven (7), three are central referees; RAYMOND COKER, DAWDU WILLIAMS and THOMAS PATRICK KANGOMA while the four (4) are assistant referees; MICHAEL CONTEH, FRANKLYN ANGEL FORAY MARRAH, IBRAHIM BAH and MUSA A. SANDY.
Speaking at the handing over ceremony, the Acting president lauded the international referees for maintaining the reputation of Sierra Leone globally and flying the country’s flag as Ambassadors of football. 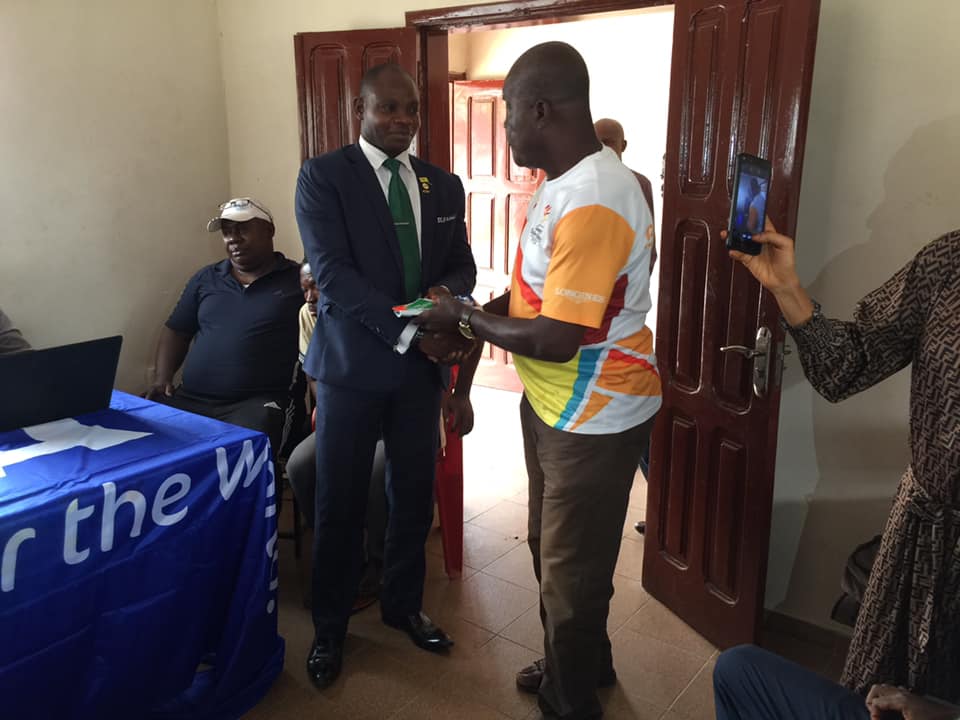 “The SLFA is very much pleased with your activities across Africa and other parts of the world. We implore you to continue the good work and make the game as exciting and entertaining as it should be,” Mr Kamara admonished the referees.
Handing over the items to the respective referees, SLFA Referees Manager, Mohamed Bowen Freeman said; “FIFA is saying that as referees, we must recognize, resist and report any form of match manipulation,” adding that “the game is as beautiful as the referees; good refereeing implies good game while bad refereeing implies bad game”. 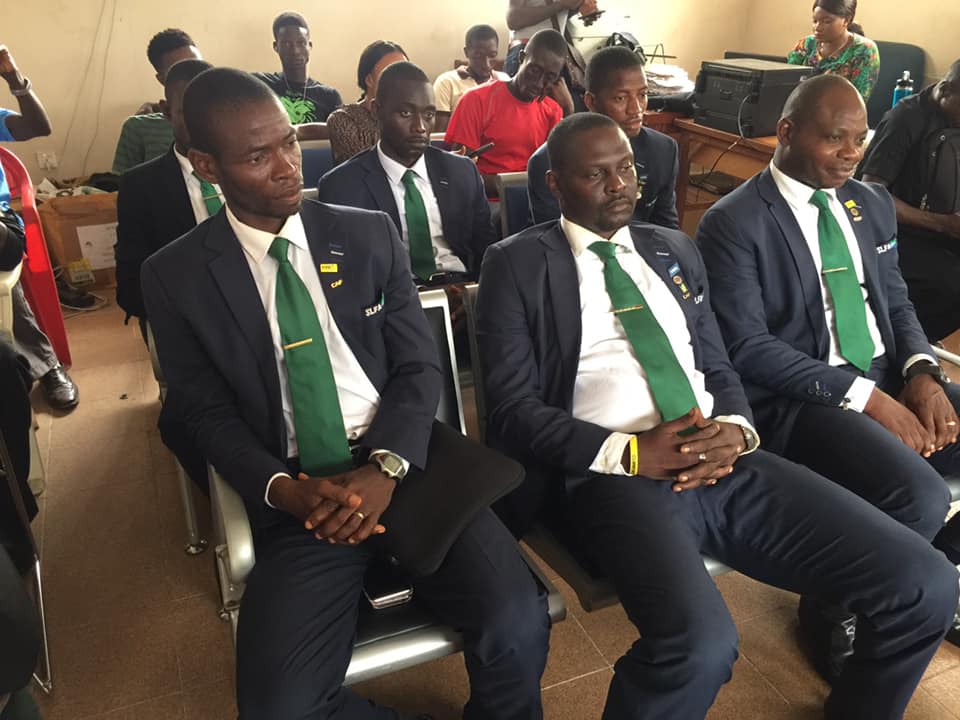 He informed the Acting president that his department has trained referees nationwide on match manipulation and match fixing including the 94 amendments of the FIFA Laws of the game.
“We are also planning to have a seminar for all Premier League referees before the commencement of the 2019 Premier league,” Mr Freeman announced. 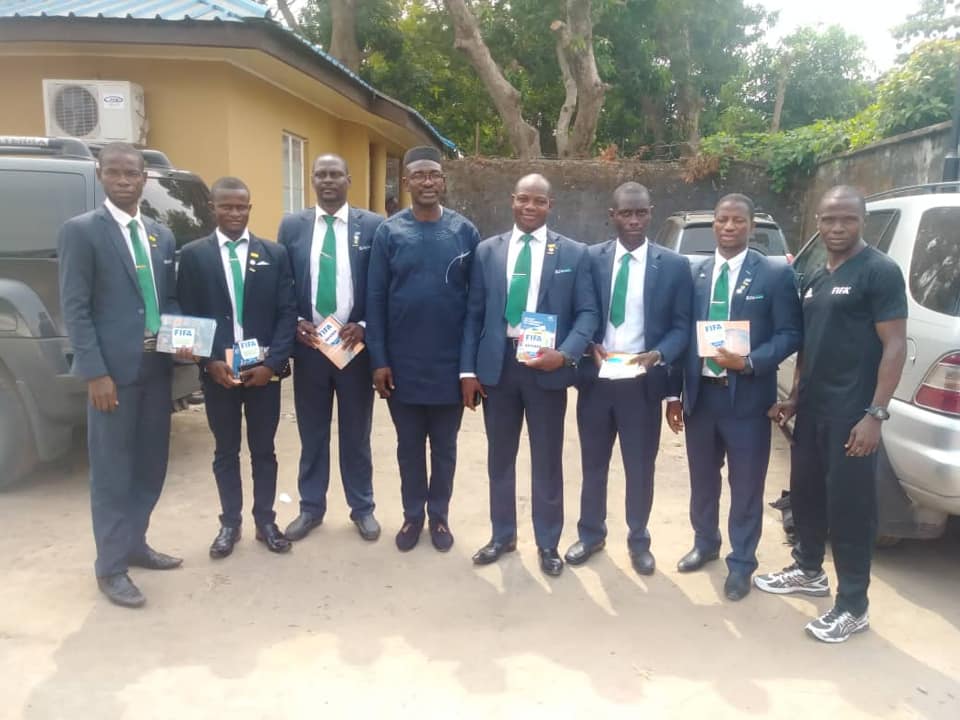 FIFA Deputy Secretary, Zvonimir Boban in a correspondent to the SLFA requested that the new badges “must be worn at every national and international match as from January 1st, 2019”.
He also added; “Please note that all referees are required to sign their ID Cards, signifying strict compliance with all FIFA regulations, including the Laws of the Game, the FIFA Code of Ethics and the FIFA Code of Conduct”.
Meanwhile, the Sierra Leone Premier League has been slated to commence on the 27th January with Mighty Blackpool (The TISS TASS BOYS) locking horns with East End Lions (THE KILLERS) in the opening ceremony at the Siaka Stevens Stadium.

On 27th May 2020 ,amidst the COVID-19 pandemic, Chang Li Mining Company donated to the Government of Sierra Leone through the Embassy...
Read more
Blog

On 27th May 2020 ,amidst the COVID-19 pandemic, Chang Li Mining Company donated to the Government of Sierra Leone through the Embassy...
Read more

Proposed COVID-19 Guidelines For The Safe Operation Of Religious Activities In...