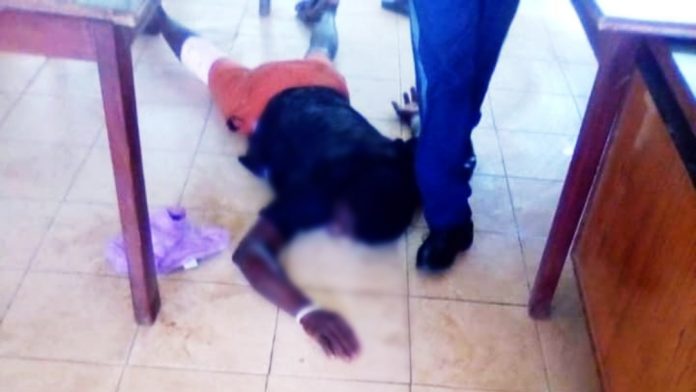 The Sierra Leone Association of Journalists (SLAJ) is concerned about the inhumane treatment of journalist Fayia Amara Fayia in the hands of some personnel of the Republic of Sierra Leone Armed Forces (RSLAF), the Sierra Leone Police (SLP), and the Kenema District Council (KDC).

Fayia was mob-beaten by about nine military officials allegedly led by one Major Fofana and arrested on Wednesday, 1st April, 2020 in Kenema in the line of duty. The journalist and his colleagues were refused entry into a potential quarantine venue at Damba Road, Kenema, that was barricaded by the military ‘while other people were allowed access’. After several protests, Fayia attempted to take snapshots with his smart phone of a truck of rice being off-loaded within the barricaded area. At this point, eye-witnesses said Major Fofanah rushed at Fayia and called on his colleagues who descended on the poor and unarmed journalist and mob beat him mercilessly.

According to eyewitnesses, the incident happened in the full view of the Commanding Officer of the RSLAF 2nd Battalion in Kenema, Major Kamanda, and the Kenema District Council Chairman, Mohamed ‘O’Level’ Sesay, who all seemed to support the action of the military personnel.

After his beating, Fayia was taken to the Kenema Police Station. Journalists in the township trooped to the Police station and demanded their colleague be taken to hospital as he was in a very bad shape. Fayia was then admitted at the Kenema Government Hospital in handcuffs. At the hospital, he was instantly put on a wheelchair as a result of the injuries he sustained.

On Saturday, 4th April, 2020, Fayia was whisked off to the Kenema Police Station on the pretext of only to obtain statement from him, but was held in custody afterwards. He spent the entire national lockdown under detention despite his deteriorating health condition.

On Wednesday, 8th April, 2020 the Police charged Fayia with three counts of ‘disorderly behavior and obstruction of security services’.

On Thursday, 9th April, 2020, Fayia appeared at the Kenema Magistrate Court No. 1, where he reportedly collapsed. He was subsequently granted bail in the sum of Le30 million plus two sureties; and the matter adjourned to 15th April, 2020.

In another incident, report from our Regional Executive North say Police at the Mena Police Station, five of them, mob beat journalist Stanley Sahr Jimmy, Station Manager of Wusum Radio 88.5FM in Makeni on Sunday, 5th April, 2020 at about 10:45pm. The journalist reportedly went to the police station to report an alleged break-in into his radio station. While making his report, an argument reportedly erupted between him and some of the police officers which allegedly resulted to his beating. He was forcefully dispossessed of his phones.

Jimmy reportedly sustained injuries to his lower abdomen, mouth and left eye. A medical report has been tendered to the CDIID while he is responding to treatment.

SLAJ vehemently condemns the actions of the RSLAF and SLP personnel and urges both the Chief of Defence Staff RSLAF and Inspector General of Police to seriously look into the matter and ensure the alleged culprits are brought to book.

SLAJ is closely monitoring the situation and will ensure that the journalist Fayia Amara Fayia gets a fair trial in court, gets proper medical attention and will not rest until the alleged culprits face justice.

SLAJ, through its Regional Executive East, is making a formal complaint to the Police against Major Fofana and Co, and the Kenema District Council Chairman.

Meanwhile, SLAJ continues to call on journalists across the country to abide by the measures put in place by the authorities to combat COVID-19 and to be very cautious and self-protective during this crisis period. 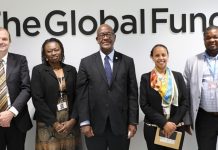 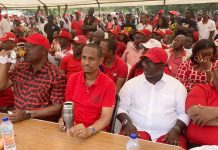 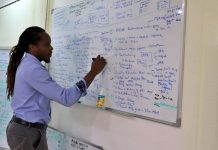