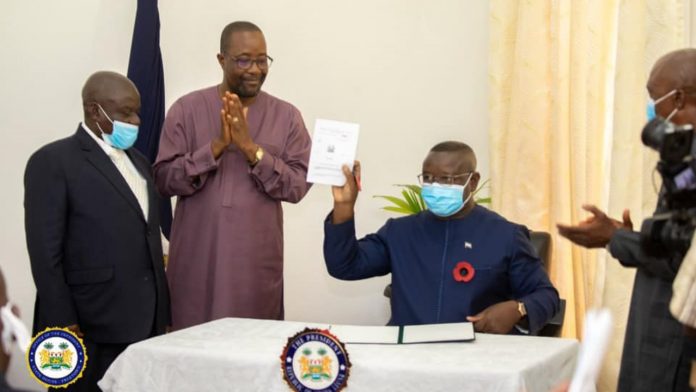 “I have always argued that the repeal will unshackle free speech, expand democratic spaces, and consolidate our democracy. It will open up the space for the growth of the media industry in the country. Professionalism will be enhanced and the best and brightest and more women, especially, will be encouraged to work their trade,” he said.

He recalled recently meeting the leadership of the Independent Media Commission, which regulates the media, and the Ministry of Information and Communications to discuss possible support to 130 registered newspapers, 165 registered radio stations, and 42 registered television stations to thrive and evolve in a country with an enviable history of pioneering journalism in West Africa.

“In its Global Expression Report 2019-2020 -The state of freedom of expression around the world, Sierra Leone has been ranked by the global organisation, Article 19, among the top five countries in Africa for facilitating and supporting freedom of expression. It is acclamation well-deserved and a moment of inspiration to aspire to do more. And that is why we are here,” he noted.

President Bio said for more than half a century, the country had a legislative and governance regime that criminalised journalism, adding that successive governments had failed to abolish the law that threatened civil liberties and had abused it over the course of half a century.

“But the criminal and seditious libel law was simply a bad law. The law presumed that persons arrested were guilty even before they were tried. Truth could not be a strong defence or any defence at all. With the application of the law, everybody involved in the production and dissemination of the alleged libellous publication or broadcast could be liable for summary prosecution and imprisonment.

Minister of Information and Communication, Mohamed Rahman Swaray, said history was made on Tuesday 23rd July when the distinguished Members of Parliament, in an exemplary demonstration of patriotism repealed Part V of the Public Order Act that once criminalised libel and sedition, noting that the Criminal Libel Law being expunged will continue to expand Sierra Leone and the media landscape.

“Decades-long thirst for good governance and accountability and freedom by the media, and by extension, the citizens were accomplished by a quest for action by the President. I salute the parliamentarians on both sides of the aisle who jumped on the movement of the president for taking the bold step to repeal this old and obnoxious law. I, therefore, implore media owners, publishers, and practitioners to guard against the unfortunate invasion of their profession by imposters,” he noted.

A representative from civil society, Lawyer Emmanuel Saffa Abdulai, expressed excitement at the feat and hope for the future of journalism, adding that the day should be set aside and commemorated every year as a national day of press freedom.

President of Sierra Leone Association of Journalists, Ahmed Sahid Nasralla, thanked the President for mustering the courage of a soldier to expunge the law that hindered the growth of journalism in the country. He added that the occasion was the end of a long journey in terms of legislative reforms but the beginning of a long journey for professional journalism democratic good governance.

The British High Commissioner, Simon Mustard, said Sierra Leone had taken a significant step forward in enhancing Human Rights with the repeal of the law and the enactment of the Independent Media Commission Act 2020. He emphasised that the day should be celebrated for media freedom and by all Sierra Leoneans.

“His Excellency, President Bio made a manifesto pledge to repeal the criminal libel law in 2018, as he set out his vision to promote Sierra Leone on the global stage, as a country open for business and investment. Experience from around the world shows that an independent media encourages greater investment, from home and overseas, as it gives investors access to accurate data and information. It also allows greater participation by the people in political and economic debate, which can inform and influence policymaking,” he said.

Mr Mustard also stated that they had continued to support media freedom around the world, including in Sierra Leone and in recent years worked in close partnership with government, parliament and the media. He assured that they would continue their partnership to help promote a liberal, forward-looking media system that was underpinned and safeguarded by effective regulation. 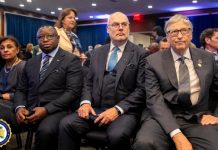 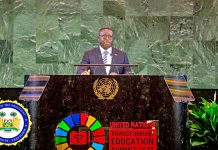 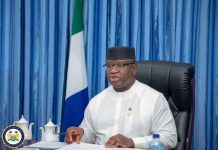