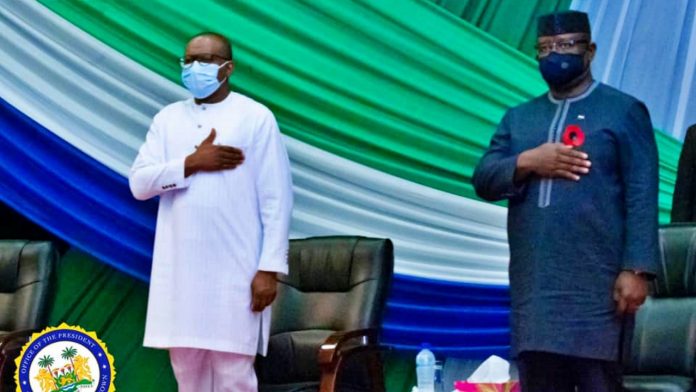 “I am tasking my Government to infuse more candour and transparency in Government business through regular interactions with civil society as representatives of the interests of our citizens. I want to have a frank dialogue about what is working and what is not working.

He observed that for too long, the conversation between government and civil society was embittered, shrouded in mistrust and a belief that civil society could only do its job by criticising the activities of government, creating the impression that those who didn’t criticise government were complicit.

“There is a serious need for a paradigm shift in this relationship. It is this shallow binary view that I hope this dialogue series will unravel. The truth is, the relationship is complex and dynamic and more importantly, can be a catalyst to promote good governance,” he said.

European Union, EU, Ambassador to Sierra Leone, Tom Vens, said that he was delighted to join the President at the start of a national dialogue series, hoping that the day’s event would translate into action. He praised the commitment made by President Bio to enhance consultation and collaboration with civil society organisations in addressing the crisis engendered by the COVID-19 pandemic and other broader governance and development issues.

He observed that it took a good leadership to rethink and take affirmative action to reinvigorate the state-society social contract, even more so during such difficult times.

“To foster economic development and strengthening peace and democratic rule is not only your priority but has been the principal aim of the European Union from the very outset some 70 years ago. As a community of like-minded states, the EU promotes the pursuit of peace and democracy both internally and in all its external actions, political and diplomatic relations with the rest of the world,” he explained.

Speaking on behalf of all CSOs, John Caulker of Fambul Tok International, expressed gratitude for the opportunity given to them by President Bio to involve in the dialogue session, adding that they would not take such a unique opportunity for granted. He urged his colleagues to engage constructively in ensuring that they make meaningful contributions that would help in the development of the country.

“We want to assure your government that this is a new beginning. We want to make sure we engage constructively. The principle of our future engagement with the government after his dialogue will be with trust, honesty and frank conversation,” he noted.

Vice President Dr Mohamed Juldeh Jalloh said that the dialogue is born out of the belief of His Excellency that deepening the relationship between Government and civil society is critical to promoting good governance and establishing robust accountability systems.

“HE, following your meeting with CSO on May 20 this year, you tasked me with the responsibility to develop a framework to constructively and sustainably engage civil society. I was extremely excited to take on this challenge because as you all know, I have a very long history with civil society organizations in Sierra Leone.

He expressed optimism that the engagement would also provide a unique opportunity to address some of the challenges that civil society organisations had faced in getting the requisite support to contribute meaningfully to the national discourse.

“I, therefore, want to take this opportunity to appeal to our partners to continue to support Civil Society Organizations to play a key role in promoting good governance and accountability,” he said. 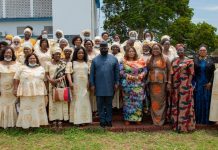 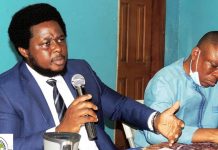 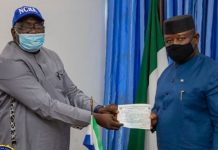