Where Sierra Leone Is Never Too Far Away
Blog
Updated: January 4, 2018 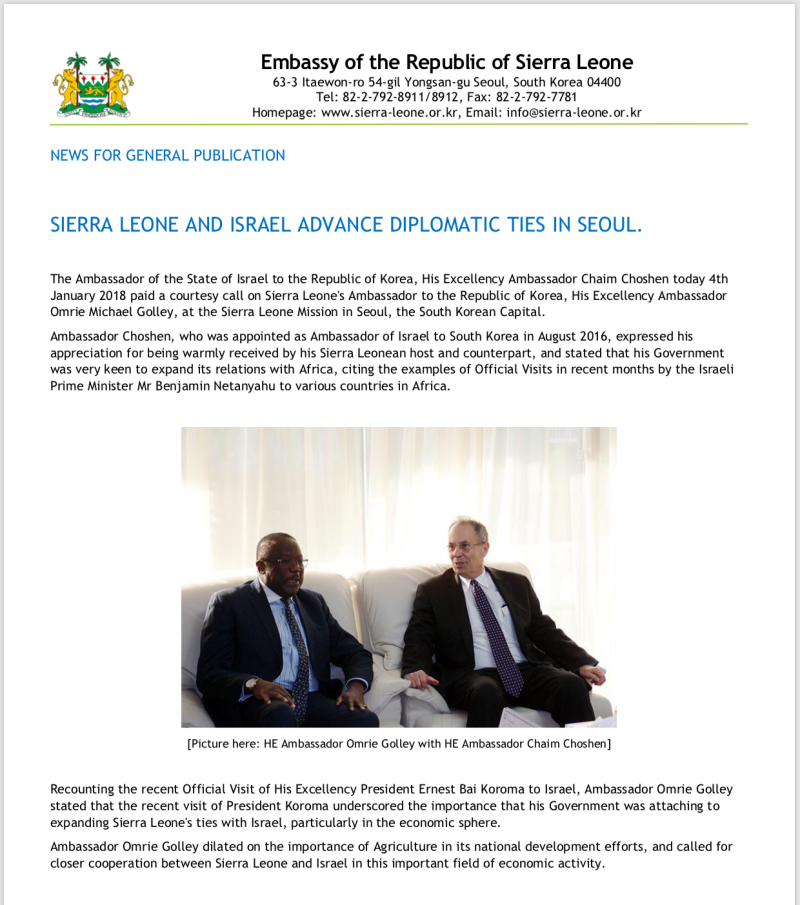 Ambassador Choshen, who was appointed as Ambassador of Israel to South Korea in August 2016, expressed his appreciation for being warmly received by his Sierra Leonean host and counterpart, and stated that his Government was very keen to expand its relations with Africa, citing the examples of Official Visits in recent months by the Israeli Prime Minister Mr Benjamin Netanyahu to various countries in Africa.

Recounting the recent Official Visit of His Excellency President Ernest Bai Koroma to Israel, Ambassador Omrie Golley stated that the recent visit of President Koroma underscored the importance that his Government was attaching to expanding Sierra Leone’s ties with Israel, particularly in the economic sphere.

Ambassador Omrie Golley dilated on the importance of Agriculture in its national development efforts, and called for closer cooperation between Sierra Leone and Israel in this important field of economic activity.

Ambassador Golley also spoke of opportunities for investment in the country, citing eco tourism, fishing, and agriculture as examples of investment opportunities, and also dilated on Sierra Leone’s pride at being recognised as one of most religiously tolerant countries in the world, giving examples of Christian and Muslim families and relatives co-habiting peacefully.

The Meeting was attended by the Acting Head of Chancery at the Sierra Leone Mission in Seoul Mr Steven Levey. 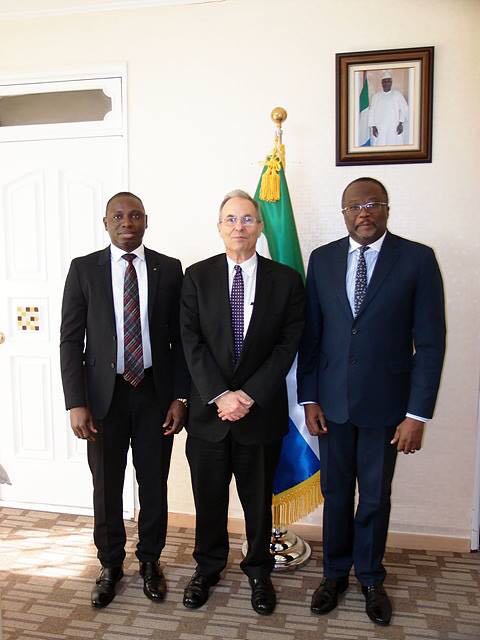 By Sheriff Mahmud Ismail Not one but three bright 'Suns' have suddenly been eclipsed by the overpowering darkness of...
Read more
- Advertisement -