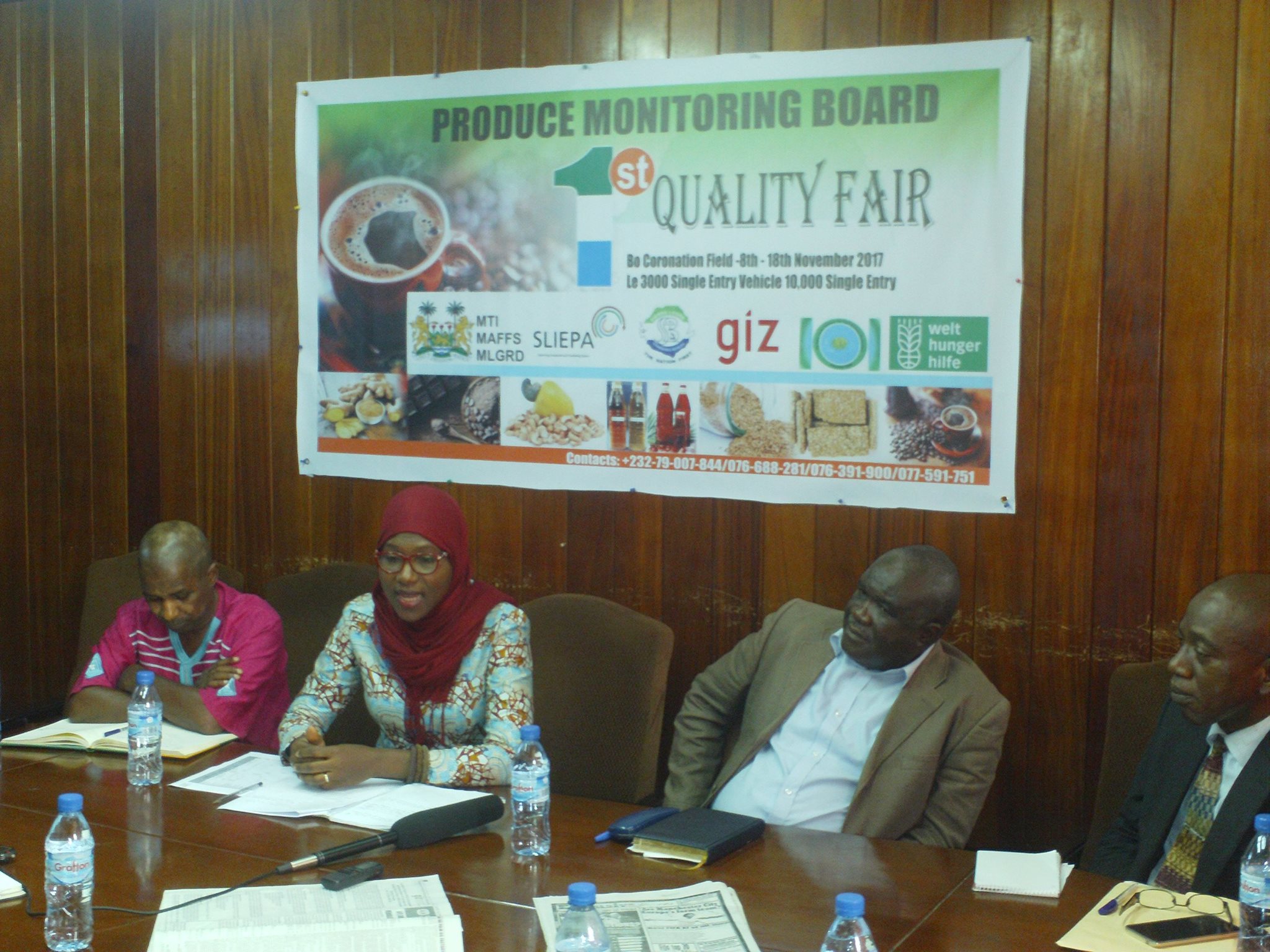 The Produce Monitoring Board (PMB) in its drive to ensure quality crop production in Sierra Leone in a bid to attract international Investors under the leadership of Madam Haja Isatu Kabba at their PMB office in Freetown during a press conference held on Wednesday 18th October 2017 announced that it would be holding the first of its kind Quality Trade Fair Exhibition in the south of the country.
Citing the objective of the Exhibition, the Acting Executive Secretary of PMB Madam Haja Isatu Kabba disclosed that this is the first time PMB is organizing such an event in collaboration with the Ministry of Trade and other development partners.
Madam Haja Isatu Kabba further maintained that the Quality Trade Fair Exhibition is a two week event starting on the 8th of November this year at the Bo District Coronation Field bringing together farmers from various parts of the country and foreign participants and noted that the main aim is to encourage farmers in the country to cultivate quality produce to showcase Sierra Leone internationally; the exhibition is also a platform for farmers to showcase and promote their businesses and for excellent agricultural produce as recently demonstrated during a bio-diversity exhibition held in France – Sierra Leonean Farmers where among the first 50 winners. She stated that over the years they have been helping farmers but this is a new strategy by PMB for improvement in the sector. 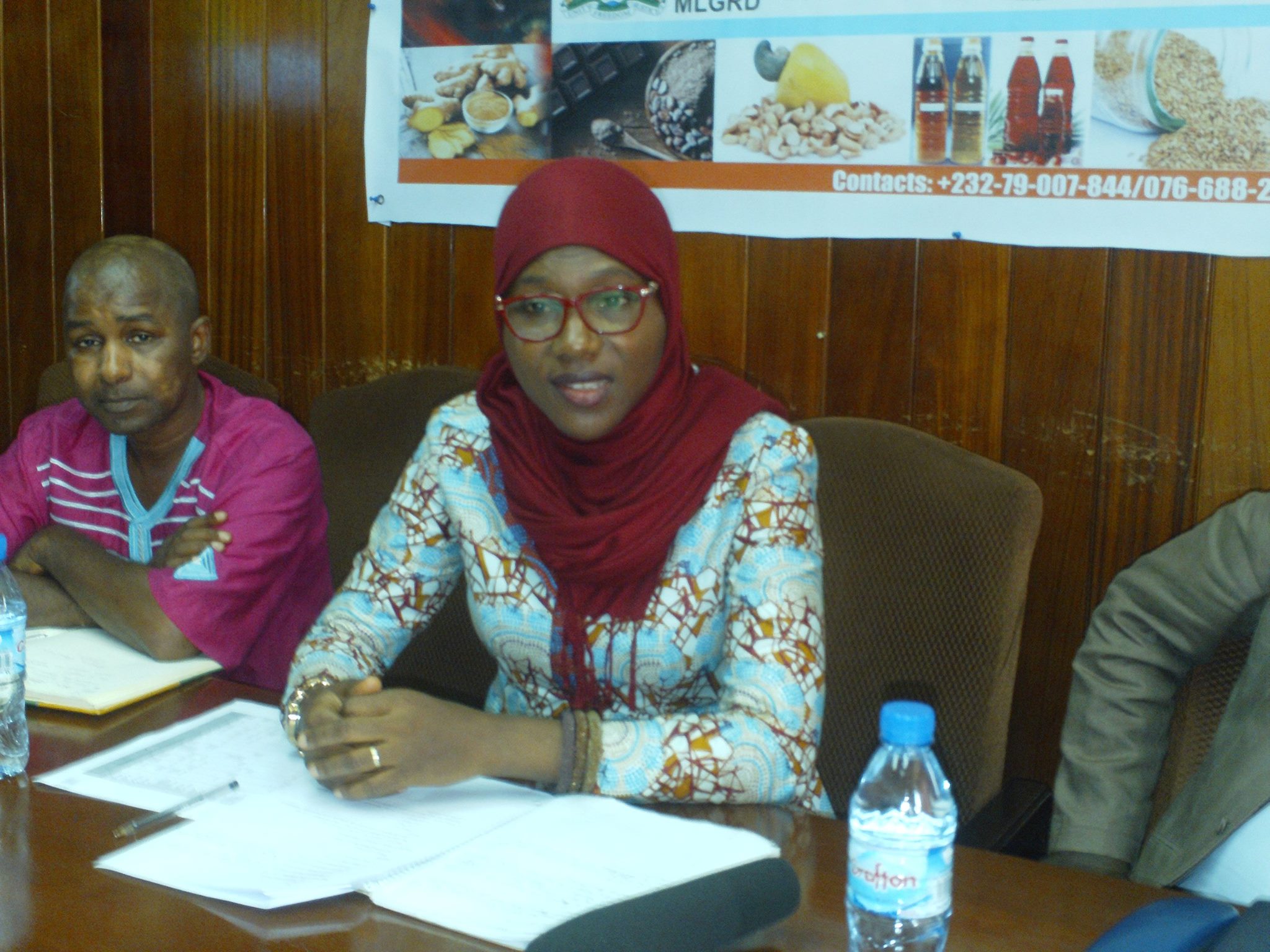 The entry fee for the upcoming exhibition for single entry is Le.3, 000 and for Vehicles 10,000. PMB’s aim is to attract more international buyers, and over 60 Cooperative groups of farmers have registered.
Mr. Shiaka Kawa, speaking on behalf of SLIEPA, praised the efforts of PMB, he added that such move would help to develop the Sierra Leone produce export market in line with international standards.
The Deputy Director for the Sierra Leone Standards Bureau Mr. Amadu Jogor Bah maintained that the Quality Trade Fair Exhibition would encourage farmers to undertake good agricultural practices and described the upcoming exhibition as a good opportunity to open the Agricultural Sector and was happy to be part of the exhibition.