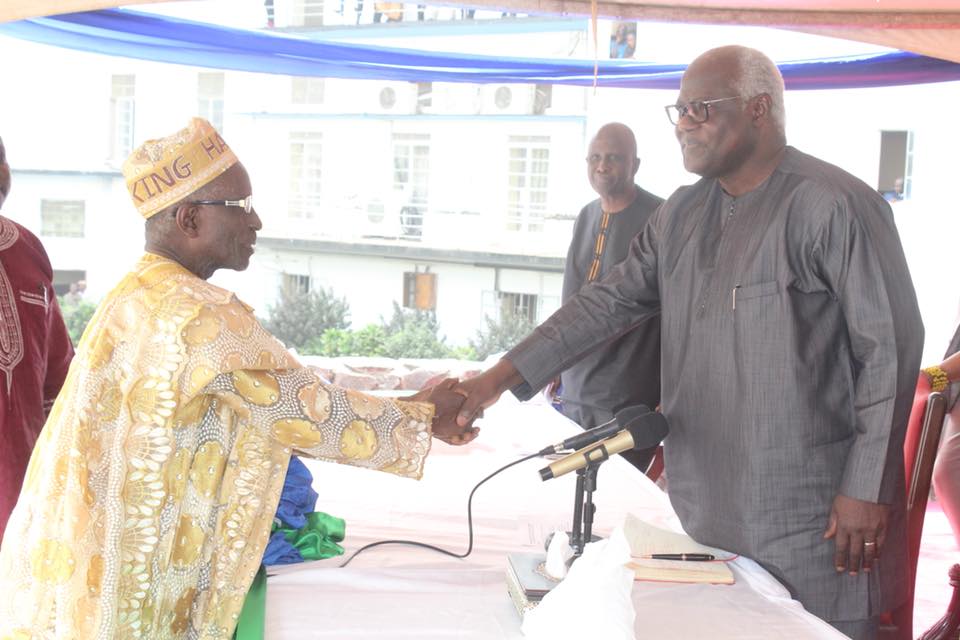 Speaking at the ceremony on the lawns of State House, President Koroma congratulated King Alhaji Hassan Bangura for his confirmation as Themne Tribal Head, and expressed hope that the new ‘King’ would live up to the expectations of his people. The president stated that given the massive support displayed at the ceremony, he urged the new tribal head to consolidate the prevailing peace and tranquillity among the tribe. He also urged the new chief to foster development and unity among his people, saying that government takes the role of traditional leaders very important and central to the implementation of any government activities and programs. “That is why government acknowledged the role of chieftaincy and traditional leaders as very important,” citing the pivotal role played by local authorities during the unprecedented Ebola outbreak. He also reminded King Hassan Bangura of the need to preserve the culture and traditions of his people.

President Koroma used the occasion to appeal to the general public that the coming election is not a matter of life and death, adding that it is not by force to gain power but by the will of the people. He expressed hope that the March 2018 elections will be the most peaceful of all the elections conducted over the years, and went on to encourage all potential voters to collect their voter identification cards. The head of state further assured that the 2018 polls will be free, fair and credible. 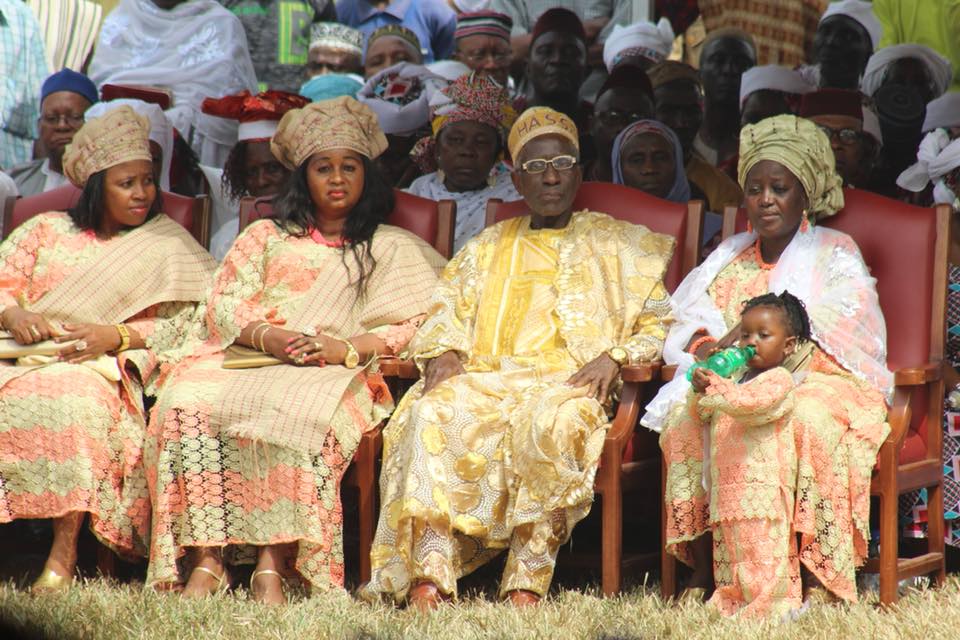 Presenting the Themne Tribal head, the Deputy Minister of Local Government, Mr Hadiru Kalokoh said upon the vacancy of the tribal head in the western area, they consulted among the tribal heads and took a decision to appoint Alhaji King Hassan Bangura. He noted that King Hassan has been with his people in the western area during both good and bad times and have distinguished himself among his kinsmen. He disclosed that King Hassan Bangura was formerly the father of Abacha petty traders, adviser to the Drivers union among others.

Representative of the Themne sub-chiefs, Chief Alimamy Thonkla thanked the president for his transformational leadership over the last ten years and assured of overwhelming support for the APC come 2018 elections.

Making a statement on behalf of the Themne businessmen, Mr Mohammed Kamara thanked President Koroma for his development strides as well as the appointment of King Hassan as Themne Tribal head. He stated that President Koroma will be difficult to replace due to his caring and fatherly love for the people of Sierra Leone. On behalf of the Themne businessmen, Mr Kamara also reiterated overwhelmingly support for the APC at the 2018 polls.

By way of closing remarks, King Hassan Bangura expressed profound thanks and appreciation to President Koroma, saying that since independence, President Koroma’s transformational leadership is unparalleled. He promised to discharge his duties and responsibilities to the best of his ability.