Where Sierra Leone Is Never Too Far Away
NewsWorldPhotography
Updated: January 17, 2018

ACC AUDIT UPDATE NO. 4: Below we bring you the 4th tranche of ACC's intervention on issues...
Read more 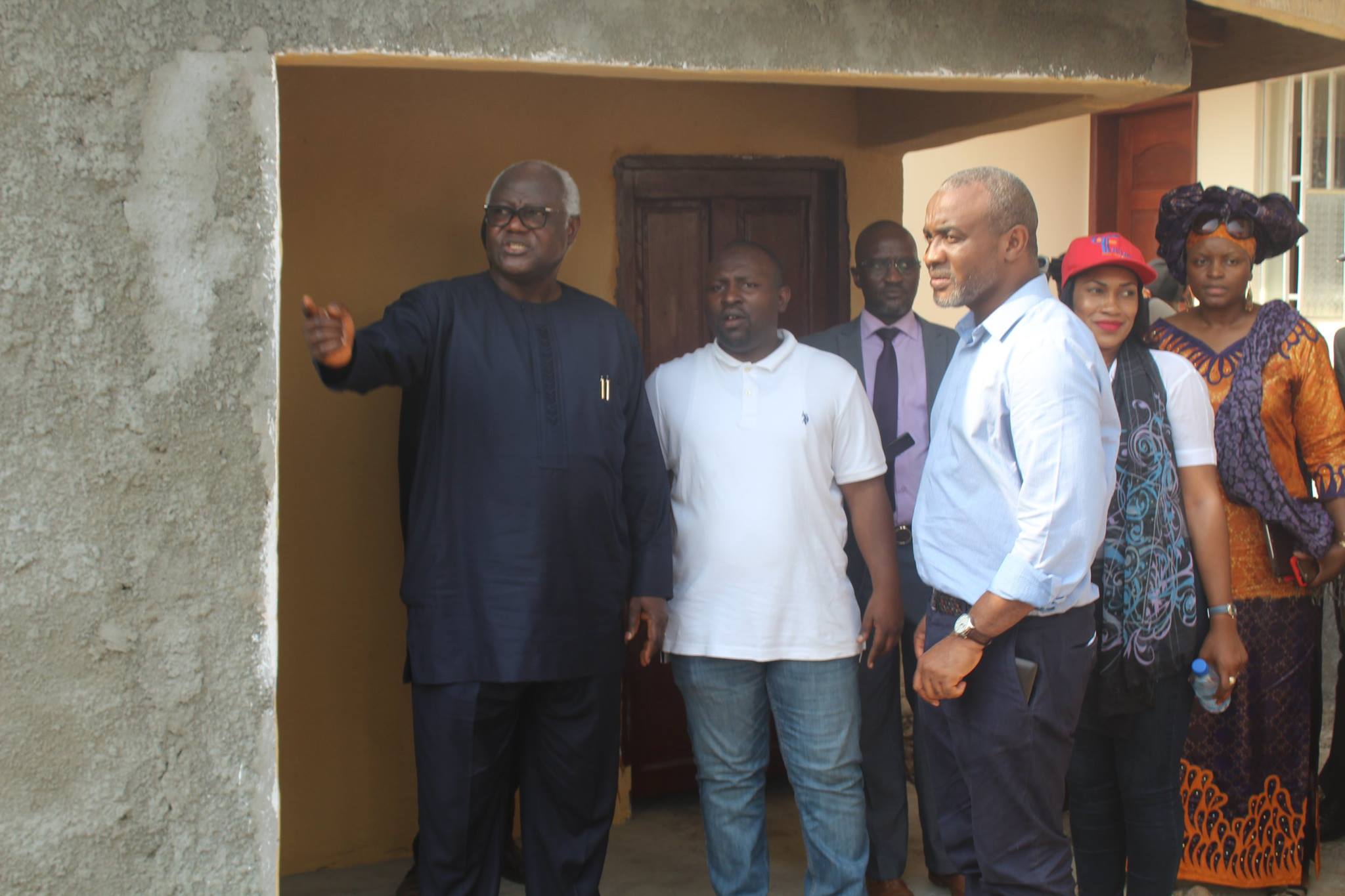 President Dr Ernest Bai Koroma on Tuesday officially commissioned 52 housing units and other facilities at 6 Mile in the Western Rural District for victims of the mudslide and flash floods of 14th August, 2017. The mudslide and flash floods which took place in the morning hours of August 14th, killed hundreds of Sierra Leoneans in just an hour and left more than 3,500 homeless. 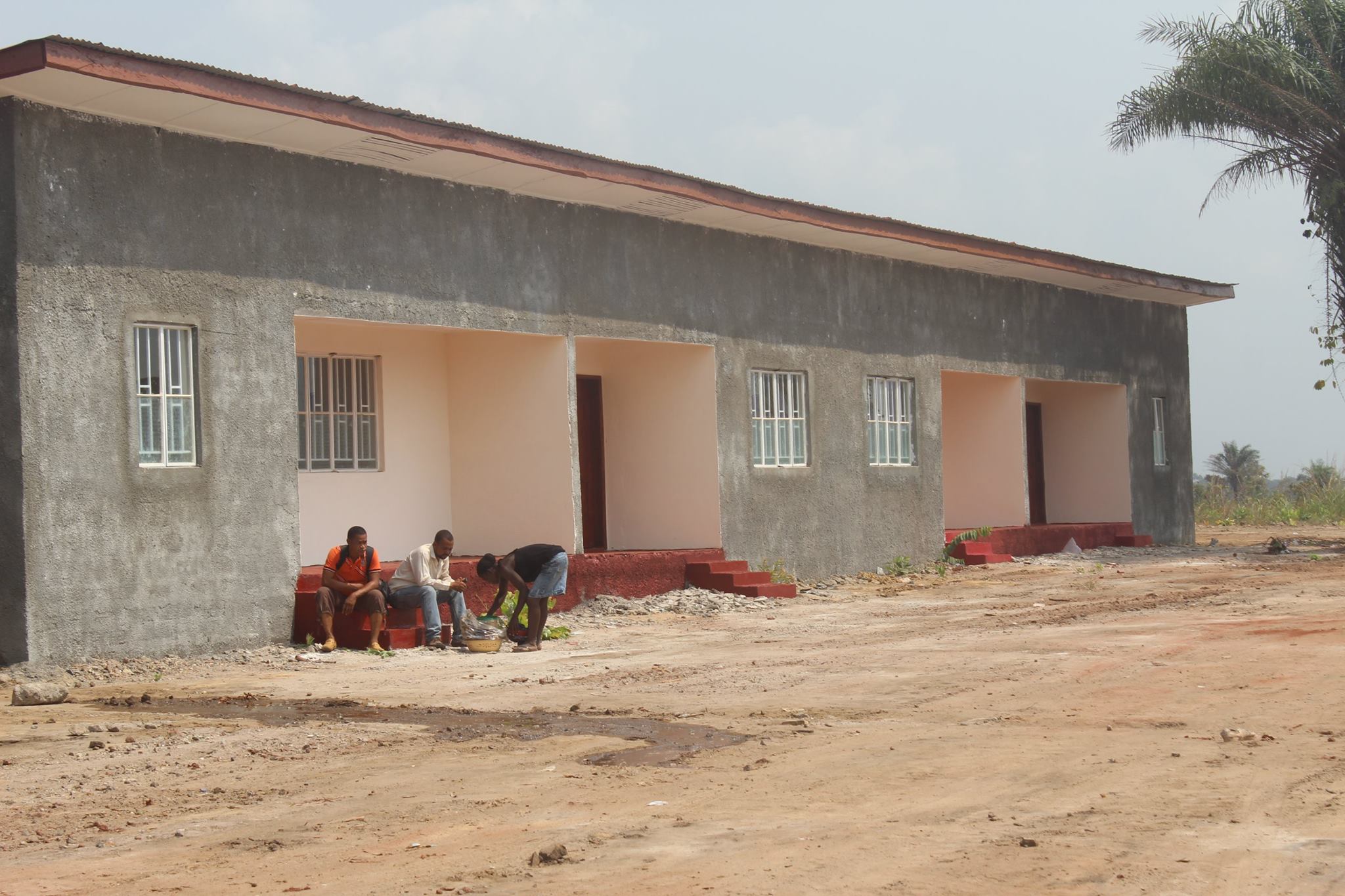 Delivering his keynote address, President Koroma described the new community as an attempt to not only address the housing deficit in the country, but also provide a permanent solution to the homelessness created by the infamous catastrophe of August 14th. 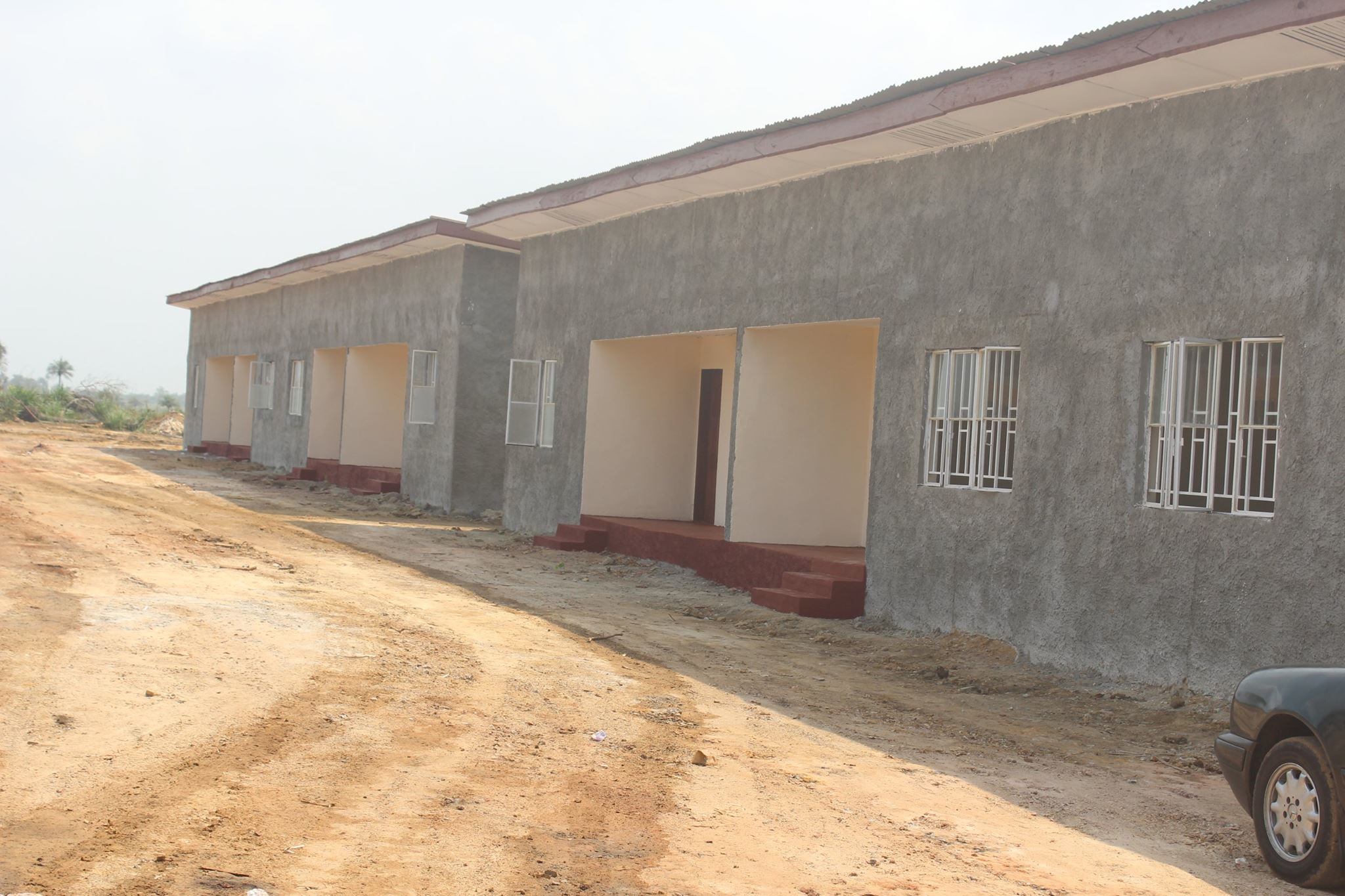 The president singled out three Sierra Leoneans who decided to raise the bar in humanitarian assistance, by building permanent housing for some of those affected by the mudslide and floods. He thanked Mohamed Gento Kamara of Gento Group of Companies, Sean Parpah Chendeka of SECON (SL) Ltd. and Alimu Sanu Barrie of Pavi Fort SL, for their contribution towards the welfare of their fellow compatriots. “What they have done has given justification to government’s local content policy,” he said, and added that the private sector is the engine for economic growth. The president noted that Sierra Leoneans must also look at lessons learnt and stimulate the confidence to build the private sector for the development of the country. 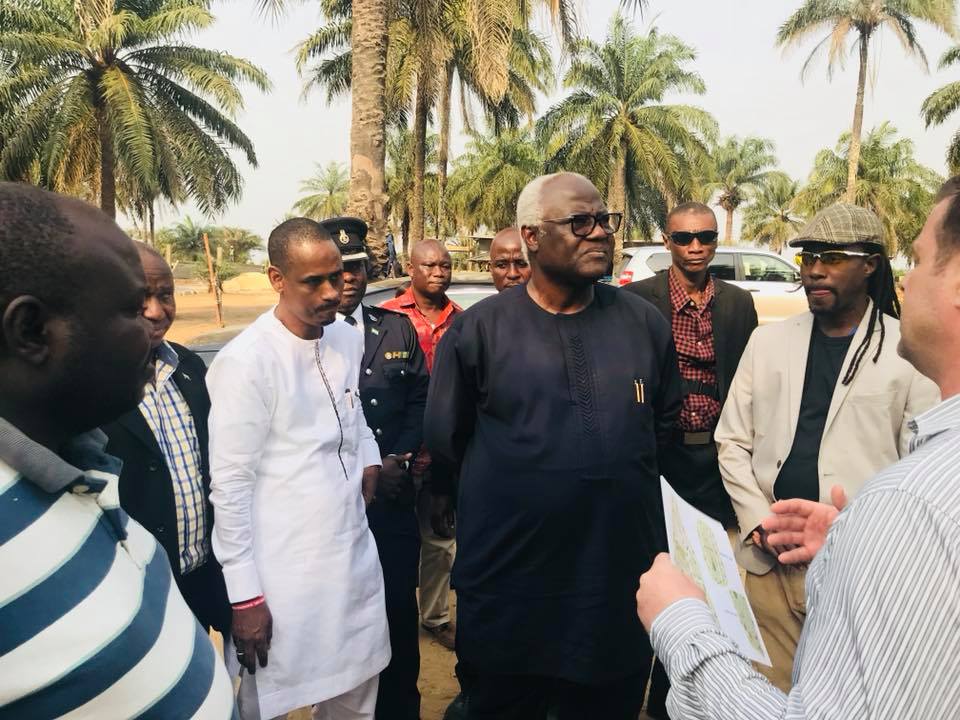 Parpah Chendeka pointed out that out of humanity and being Sierra Leoneans foremost, they decided to take the lead in the recovery and rehabilitation phase by presenting to President Koroma a pilot model in complimenting government’s efforts to construct 52 homes of (2 and 3 bedroom flats) as phase one and orphanages, mosques, church, school, market, clinic, recreational center to form phase 2 as gratis to the government. He further said that “the project is purely initiated and funded by three of us (Gento Kamara, Alimu Barrie and Parpah Chendeka known as the GAP Initiative)”. 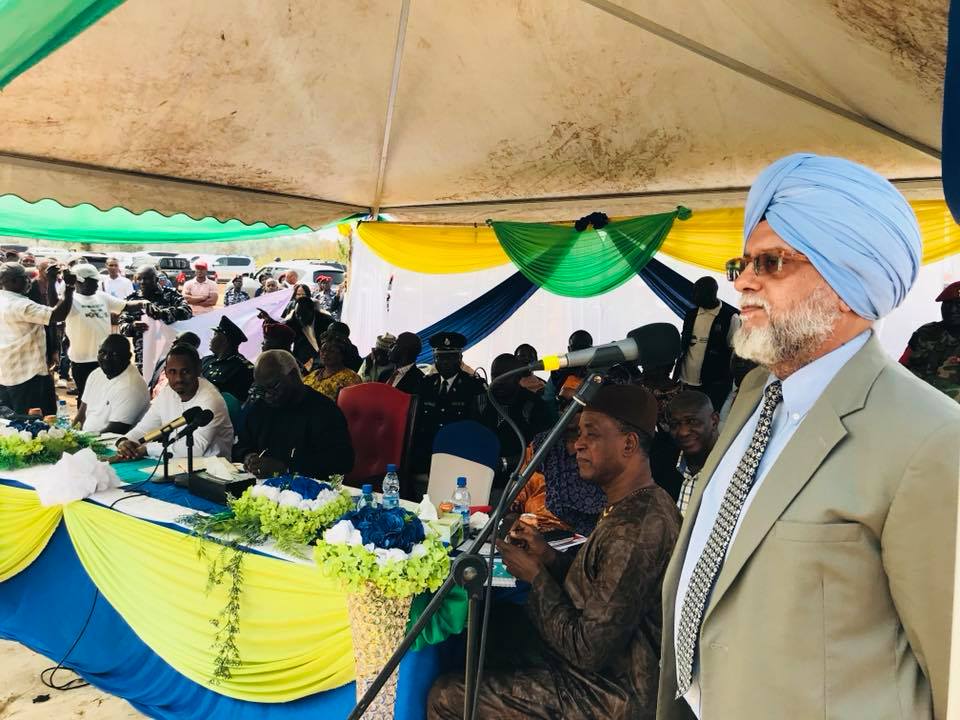 Giving a brief statement, Mohamed Gento Kamara commended the strong leadership of President Koroma for implementing the local content policy and for empowering Sierra Leoneans who have over the years been mere spectators in the business arena. He said the construction of the 52 homes was an obligation to showing love to Sierra Leoneans, restoring lost homes and setting the pace for other Sierra Leoneans to do more. 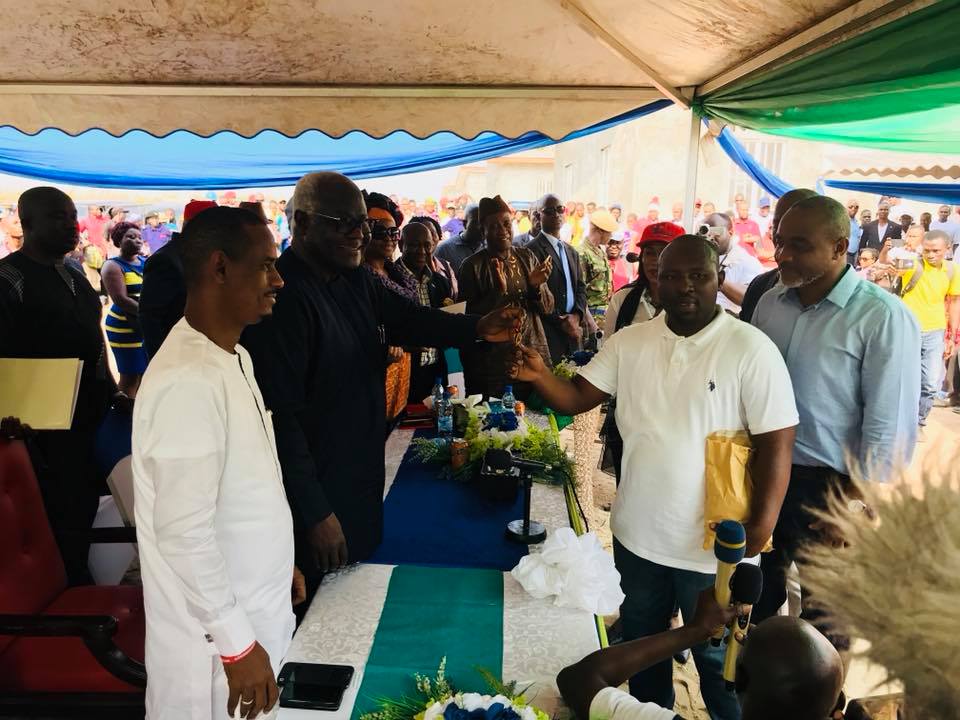 General Manager of Sierra Leone Housing Company (SALHOC) Fatmata Buya Kamara noted that the commissioning ceremony was a great time to articulate what can be said to be an open secret that development of any nation’s people can never be said to be complete if the question of housing, especially social housing is not addressed comprehensively. He assured that the management of SALHOC stands strongly disposed to provide technical and expert estate management support and any other related advisory services for the management of these 52 homes and other facilities. 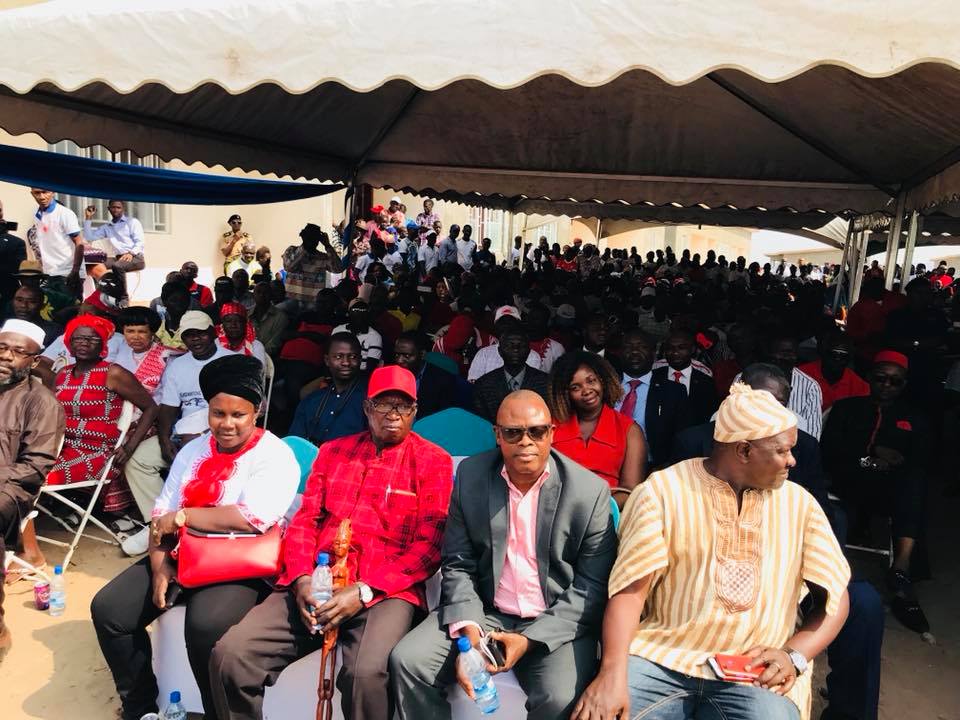 Parminder Brar, Country Manager of the World Bank disclosed that none of the funds donated to the disaster management was chopped by the government, although a lot of lessons could be learnt from the disaster response. He also revealed that the Bank has already earmarked a total of $23 million dollars for the building of a National Disaster Agency for Sierra Leone. The Bank’s representative described the project as a demonstration of the efforts of the private sector to making life better for members of the public, and called on government to strengthen the private sector. 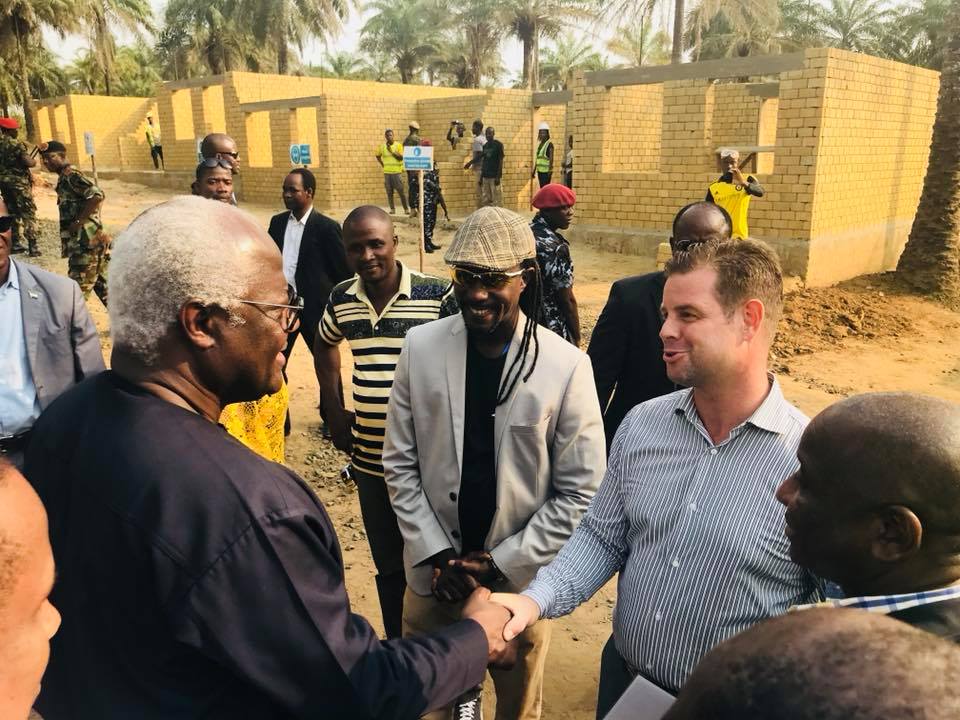 President Koroma was presented with the keys to the homes by Alimu Sanu Barrie and wife Mrs. Barrie alongside Parpah Chendeka and Gento Kamara. 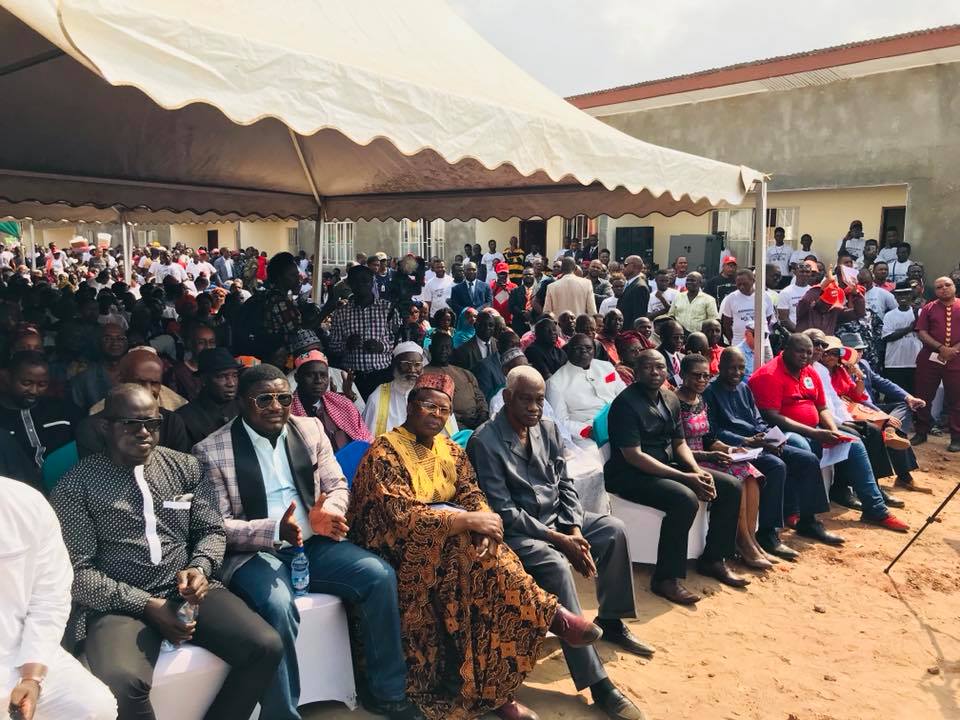 In a related development, President Koroma completed a conducted tour of the Home Leone Destiny Village at Newton, in the Western Rural District. Home Leone focuses attention on relocating the poorest and most vulnerable from horrific slums to new communities. This innovative plan seeks to respond to the urgency to relocate those living in shack communities, threatened by flood and fire, where illnesses pervade and death comes early. Home Leone’s pilot project is expected to relocate over 2,000 people on its 22-acre site, with 6 foundational elements to ensure sustainability; namely, employment and skills; education; low-cost homes; healthcare; water and waste management; and electricity. 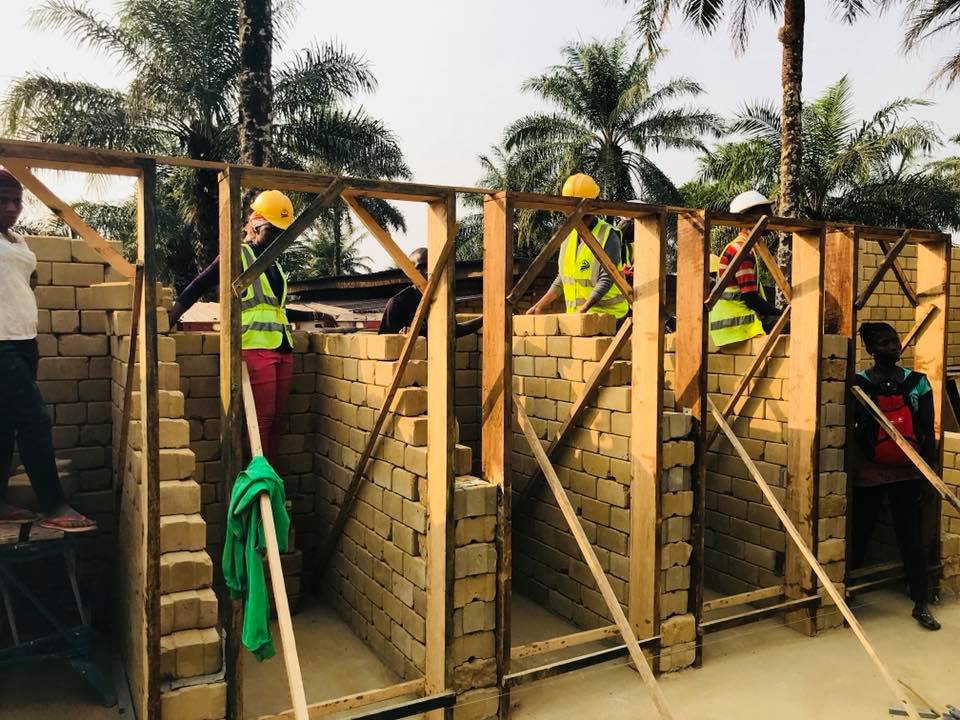 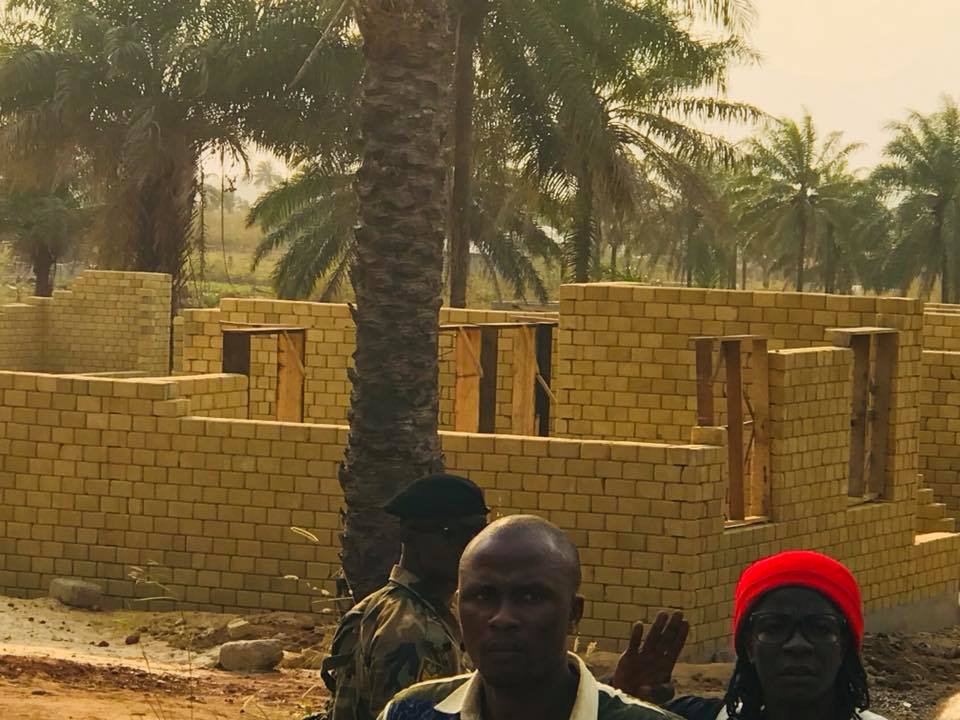 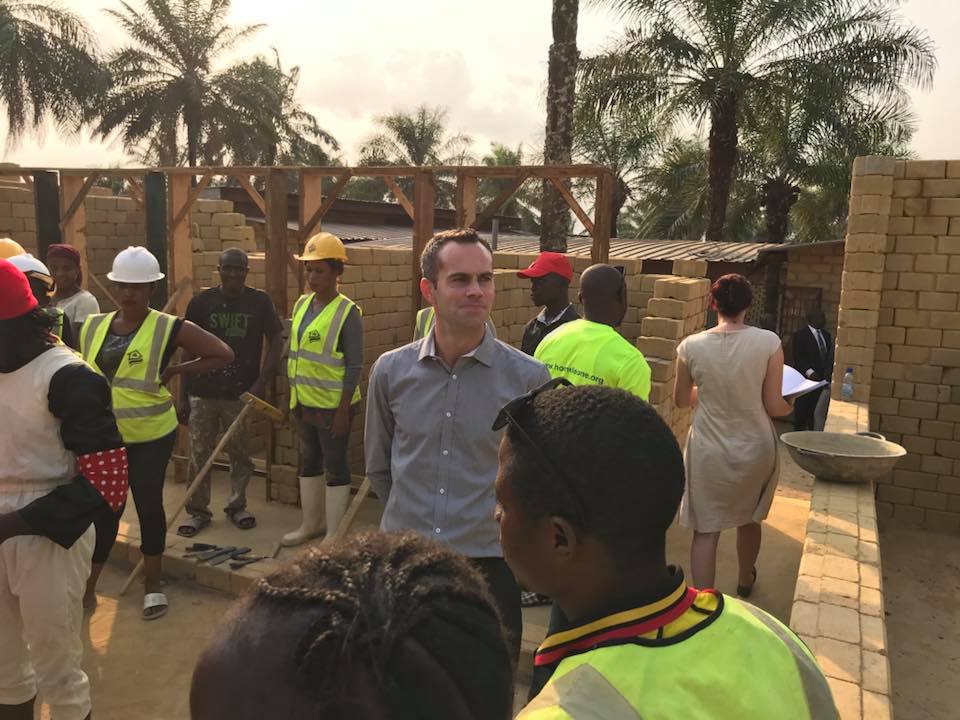 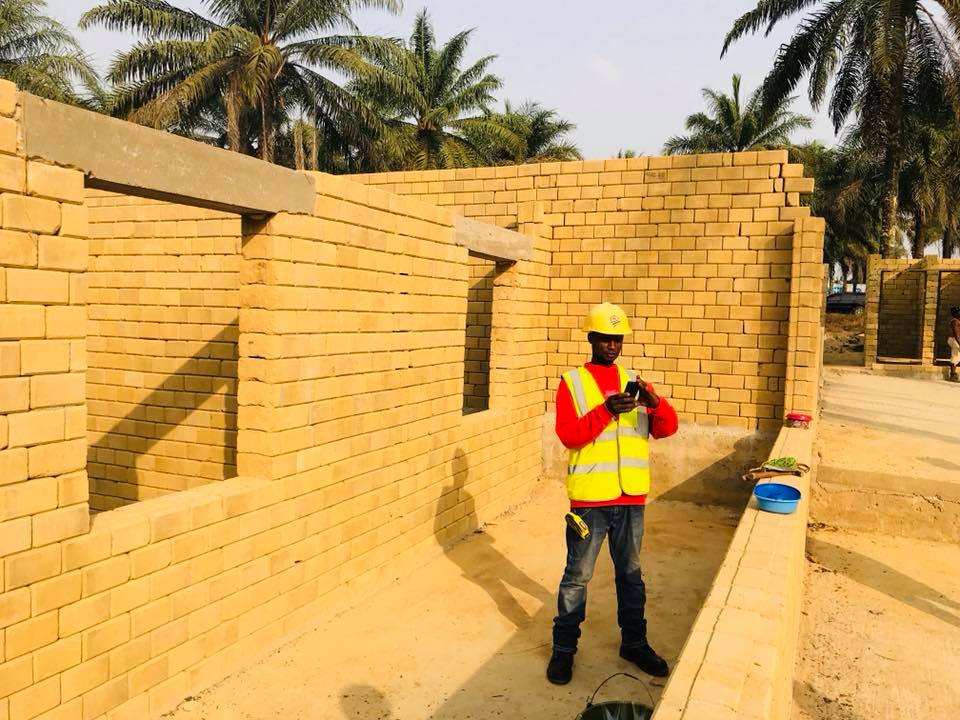 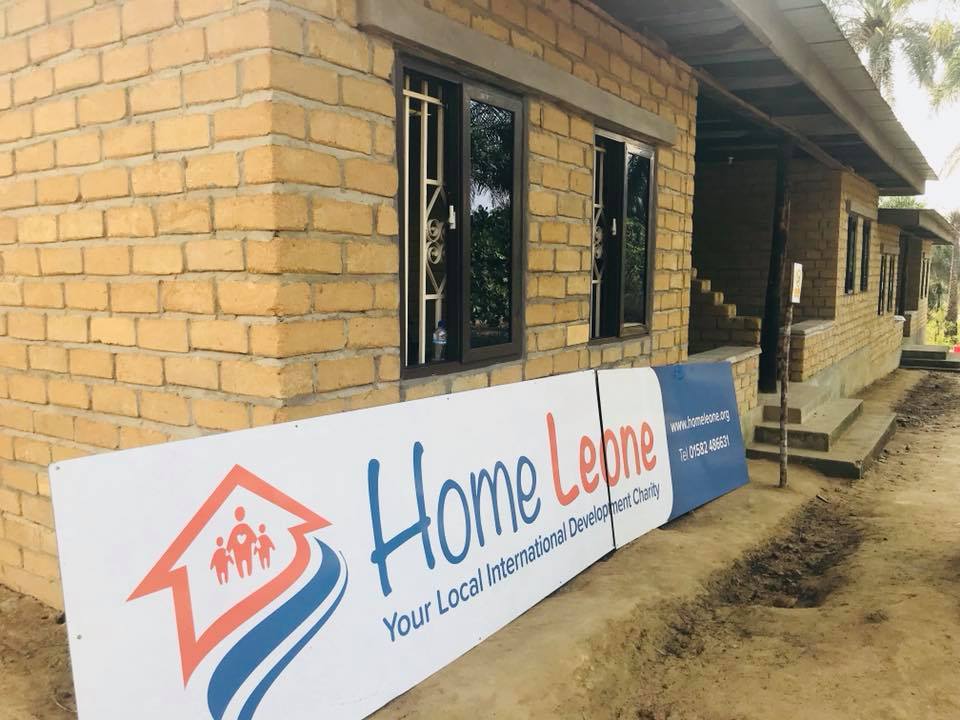 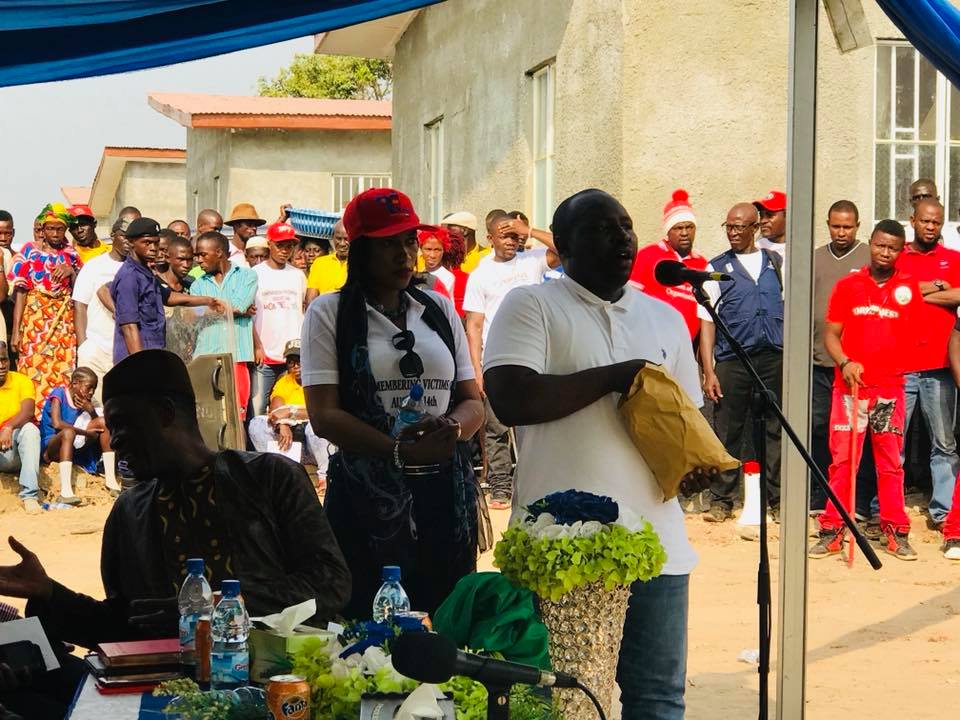 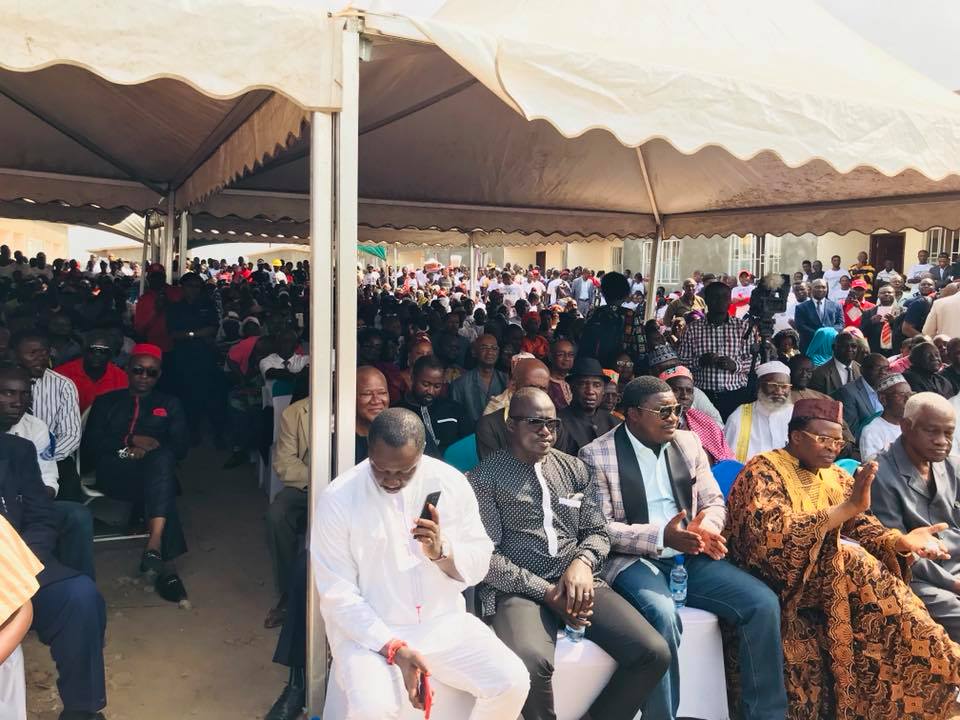 ACC AUDIT UPDATE NO. 4: Below we bring you the 4th tranche of ACC's intervention on issues hitherto raised in Auditor-General's reports...
Read more
News

APRM Impressed with Sierra Leone’s Handling of the COVID-19 Pandemic, Encourages other Regional Member States to Adopt the Model