Where Sierra Leone Is Never Too Far Away
News
Updated: November 29, 2018 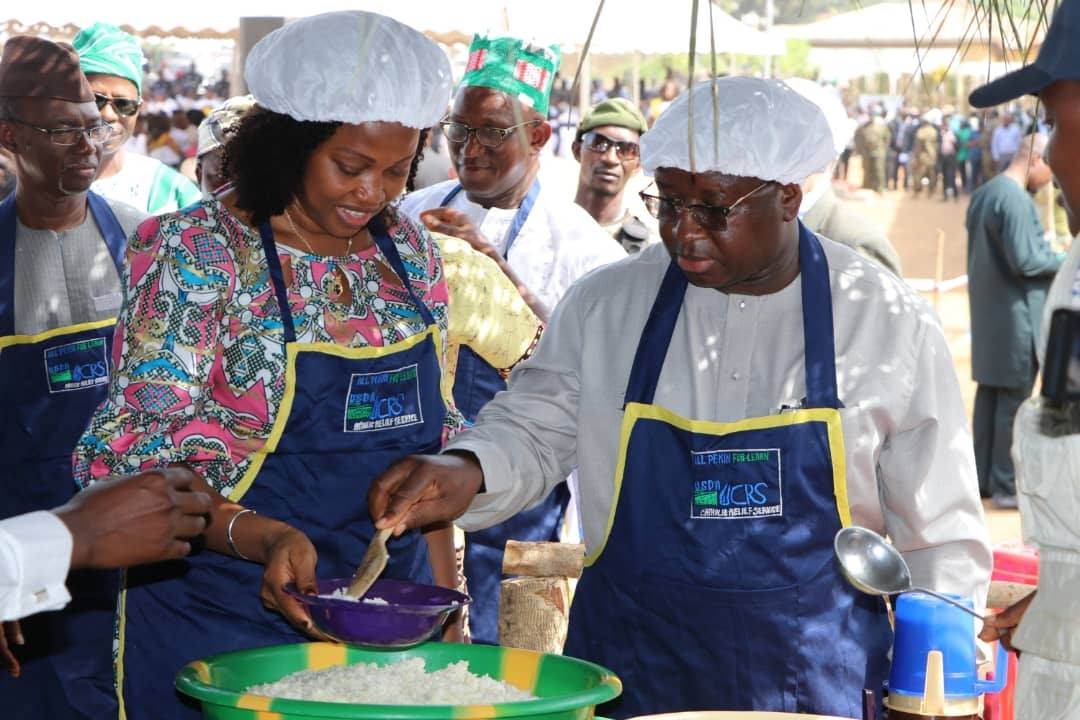 Minister of Basic and Senior Secondary School Education, Lawyer Alpha Osman Timbo, who also doubled as the chairman of the event, told the gathering that access to free quality education was at the centre of President Bio’s administration. He added that it was, therefore, no doubt that they were launching the School Feeding Programme and its associated packages to tremendously add to the success of the Free Quality Education Initiative. 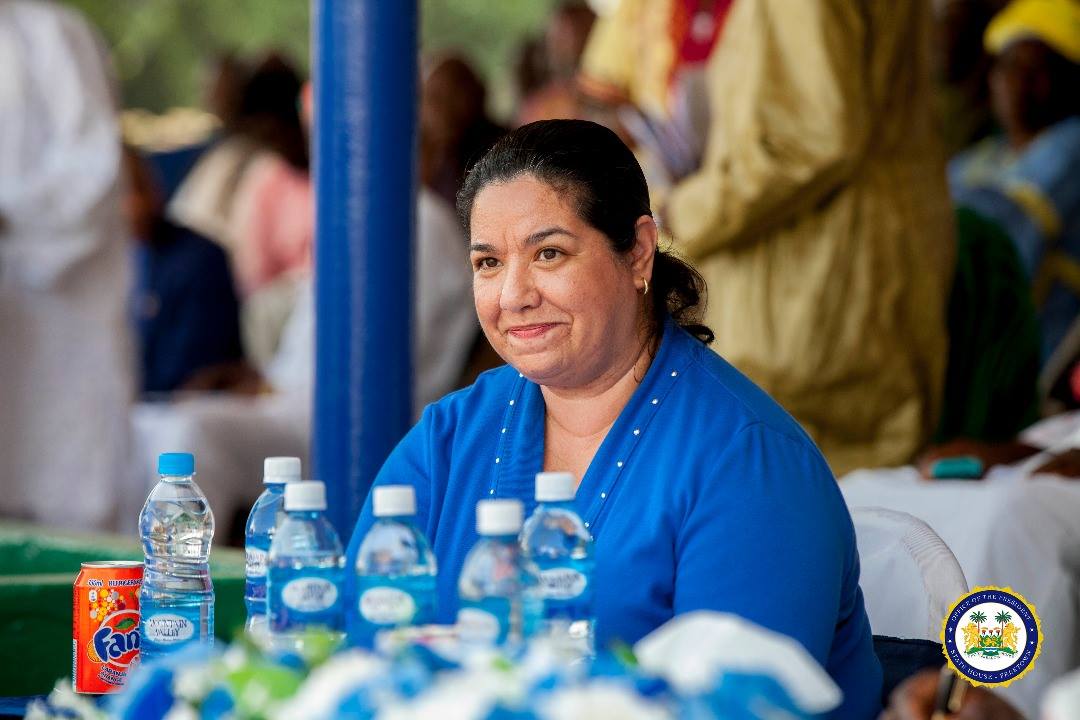 The minister thanked representatives of the Catholic Relief Services (CRS), the US-based international humanitarian organisation, and the United States of America for their continuous support to the government’s flagship programme.

Speaking on behalf of the people of Koinadugu and Falaba districts, Paramount Chief Member of Parliament, Honourable Alie Balasama Marah of Sengbe Chiefdom, thanked the government of Sierra Leone and its implementing partners for introducing the school feeding programme in the area. He added that the move was a testament to the fact that government had countenanced no bias to region or group when it pursued development across the country. 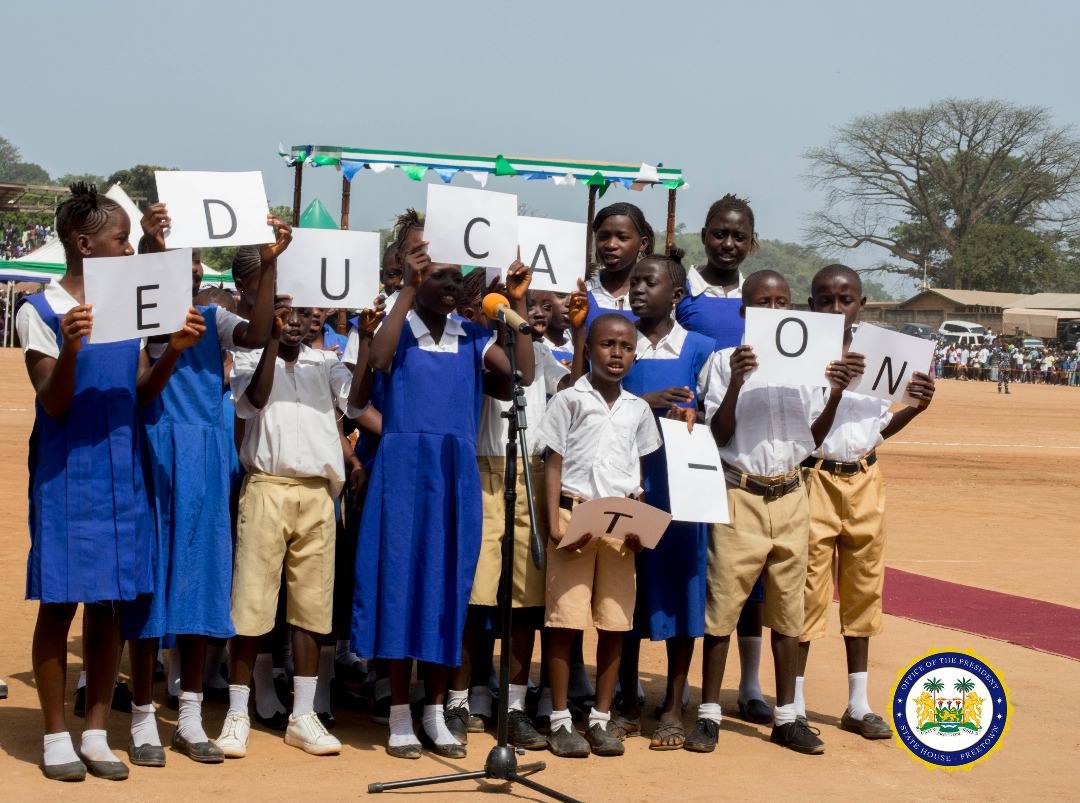 “This will go down in the history of this country, because contrary to every expectation the School Feeding Program has been launched in the northern part of the country where some people believe it is not the political stronghold of the ruling party. This is a laudable venture,” he confessed.

The country representative of CRS, Paul Emes, described the unveiling of the School Feeding Programme as momentous because the move showed how serious the President Bio administration was about building the human capacity of the country through a universal access to education.

“This day is momentous because it has ushered in an era of a new Sierra Leone where education will flourish. I am happy that the CRS is a part of this history-making trajectory,” Mr Emes assured the people of Koinadugu and Falaba districts.

The CRS chief also noted that with support from the US Department of Agriculture, they were willing to invest $ 25 million, over a period of four years, to the school feeding initiative. He promised that other facilities like capacity building of teachers, rehabilitation of primary schools, construction of water wells and boreholes would also be part of the package.

US Ambassador, Maria Brewer, stated that the launch was an important milestone in strengthening the long-standing relationship between the two countries, adding that the US Department of Agriculture’s food for education programme had helped support education, child development and food security in developing countries since 2003.

“This programme aims at reducing hunger and improving literacy and primary education, especially for girls,” she said.

She commended the Free Quality Education Program, particularly the allocation of 21 per cent of the country’s Gross Domestic Product to achieving education for all Sierra Leoneans. She also commended CRS for their invaluable contribution to promoting education and noted that she looked forward to seeing the successful implementation of the programme. 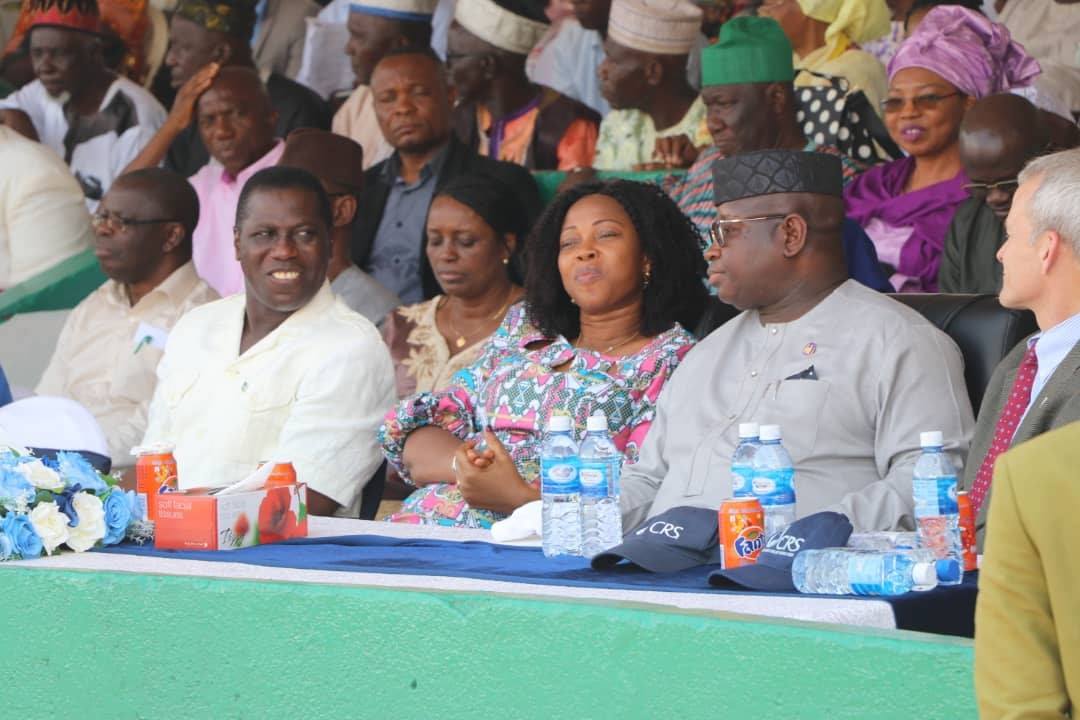 President Julius Maada Bio thanked the government of the United States of America and CRS for joining him in ensuring that free and quality education reached every corner of the country. He added that he was happy to be in Koinadugu to fulfil his promise of providing free and quality education and to creating an enabling environment that would ensure the survival of the programme.

President Bio also noted that when he proclaimed to offer the free and quality education, he did not do it to gain political favour or to score political points. He said he did so because he knew that investing in the future of children was a right and an entitlement and not a privilege.

“This School Feeding Program will encourage parents to send their children to school and it will also increase attendance of school going pupils,” he said, and called on parents and local authorities to embrace the initiative because it would go a long way in encouraging children to see the need to be always present in school.