Where Sierra Leone Is Never Too Far Away
News
Updated: January 20, 2019 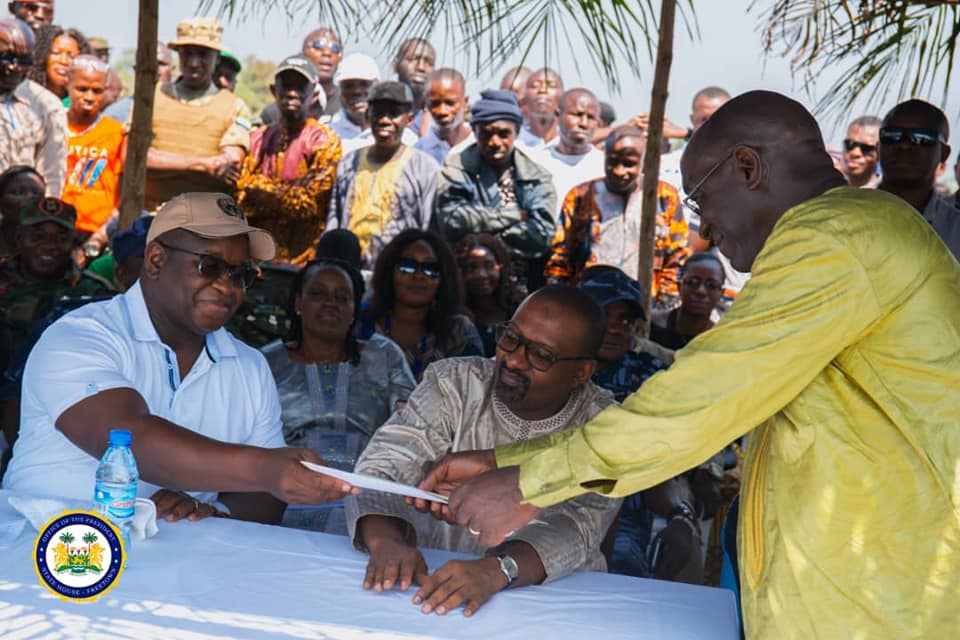 Kono District, Eastern Sierra Leone, Saturday 19 January 2019 – His Excellency President Julius Maada Bio has conducted an inspection tour of the proposed construction site for a University of Science and Technology in Kono, where he is visiting as part of his nationwide thank-you-tour.

In his welcome address, Paramount Chief Fengai Kaimachende of Gbense Chiefdom said he was extremely delighted to host the President and his entourage on the inspection of a project he described as landmark. He said the people of Kono had long yearned for a university in the district that would reduce the burden of traveling to other parts of the country for higher education. 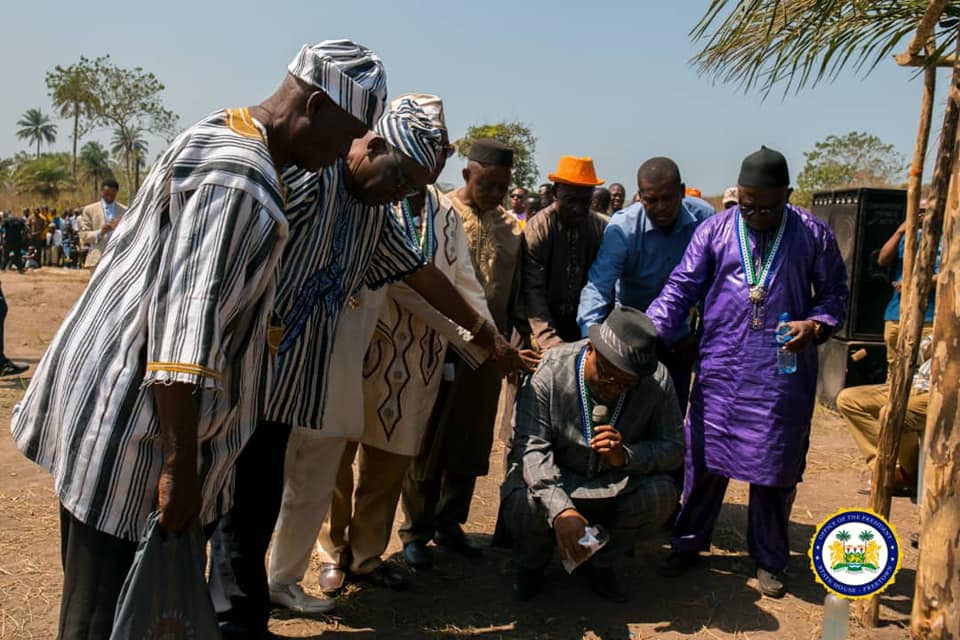 He stated that the people of Kono were excited about the proposal of a university in the district and lauded the government for thinking well for the people of Kono, adding that President Bio was a man with passion, determination and commitment to move the nation forward. He, therefore, called on everyone to support the New Direction administration.

Minister of Technical and Higher Education, Professor Aiah Gbakima, said he was happy with the cooperation he had received so far from his colleague ministers in actualising the project. He disclosed that Gbense Chiefdom, being the host community, had provided 417 acres of land for the construction project, saying that after its completion the facility would help capacitate children in Kono and other parts of the country. 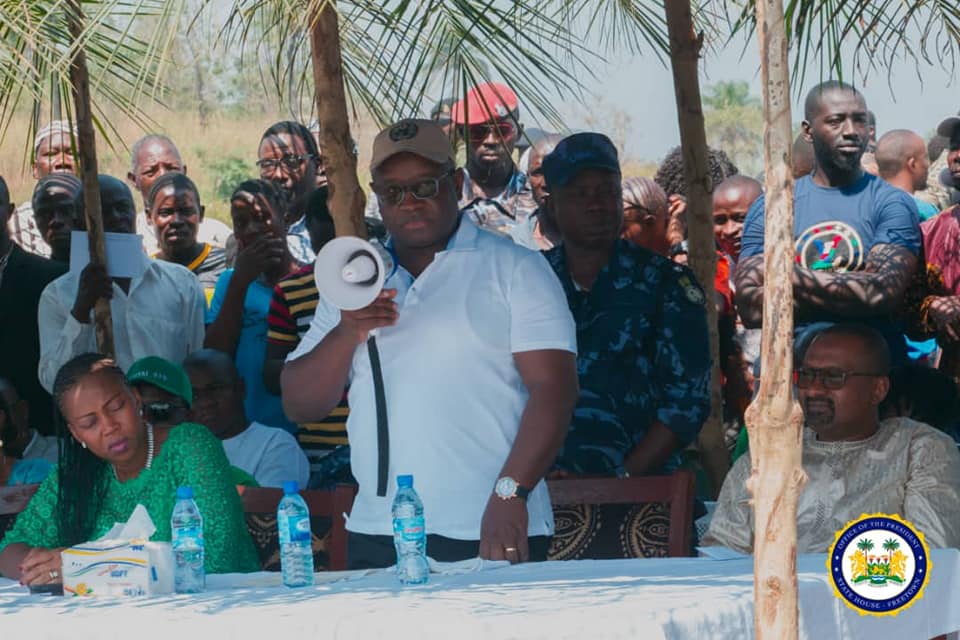 “We will secure funds for the construction of the university through the Economic Community of West African States and they will send a feasibility team to Sierra Leone. There are a lot of processes involved before the final construction begins, so the construction will take time. After its completion, this university will help to improve on the skills of our children and other children around the country,” he said.

President Bio said his presence at the site was a testament to the preference his government had given to the people of Kono district. He said he was trying to correct the historical injustice that had been meted out on Kono, being a district that had provided a lot for the country but benefited little or nothing. He added that for far too long the people of Kono had suffered and that he wanted to change that by offering quality education to them. 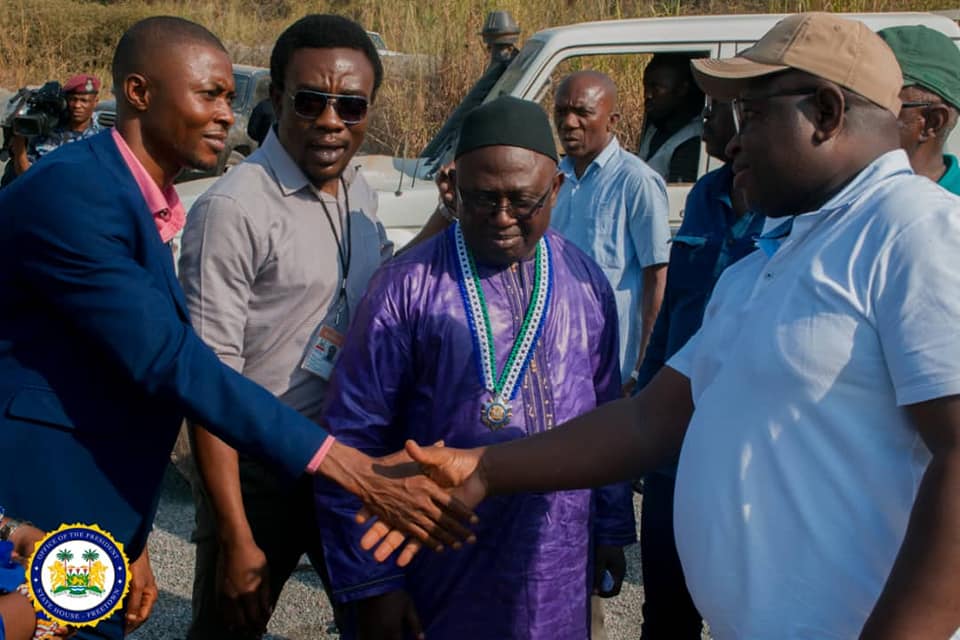 He mentioned that by investing in education meant that his government was investing in the next generations of Sierra Leoneans. He also disclosed that his government would establish two additional vocational institutes in the district to help in capacity and skills development for youth. He encouraged the people of Kono to take ownership of the project and ensure that it was properly implemented.

“I am thinking of a Kono without diamond because we have failed to benefit from it. Kono has great minds that only need the platform to grow. So, we are ready to make sure that the construction starts and ends in good time. We want to make our children attractive to the competitive global market and we can only do that through providing quality education for all Sierra Leoneans,” he said.