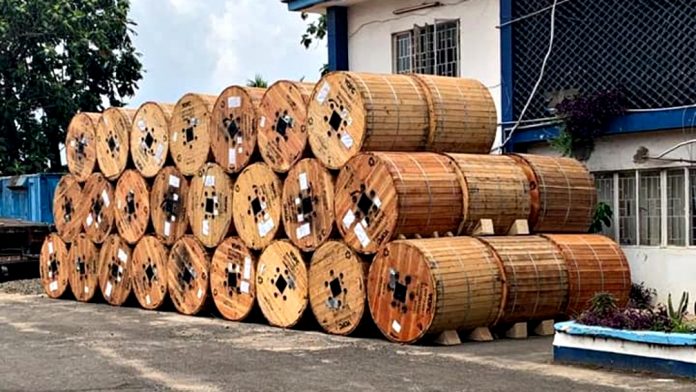 His Excellency the President through the Ministry of Information and Communications, has fully kick-started his agenda of digitalizing the entire Sierra Leone as promised in the last elections campaign of 2017.

Realizing that to participate in the global economy, every country requires to be digitized, the government of Sierra Leone has successfully negotiated and secured a loan of 30 million Dollars with one percent interest rate to ensure the effective implementation of the Fiber Cable Network project tagged as Phase Two Project. The loan is intended to finance the essential infrastructure required to connect the Fiber Cable to hospitals, schools and colleges across all districts headquarter towns and villages in Sierra Leone.

The Phase two of the Fiber Cable Network Project as intended by the President, is to boost both the public and private sector economy thereby activating the engine of the economic growth nationwide.

Receiving the fiber optic cables , the Minister of Information and Communications, Mohamed Rahman Swaray stated that he was excited to be part of history making and that the resources of the state would be all time effectively and efficiently managed under President Bio’s administration; hence the one percent interest rate of the fiber programme. Sierra Leone like the rest of Africa has missed out on three industrial revolutions but can no longer afford to miss out on the fourth digital revolution, Minister Swaray reechoed the words of the president.

The Managing Director of the Sierra Cable Limited (Salcab), Ishmael Kebbay stated that he would ensure that the digitalization dream of the President in making the fiber project reality, succeeds, and further ensure that there’s effective collaboration between the Information Ministry, Huawei and Salcab.
A tour with the Minister of Information and a team of Journalists at the Shipping Agency’s Warehouse to see the fibre cables and other equipment formed the high point of the event. 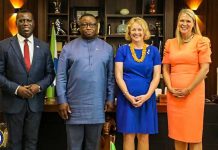 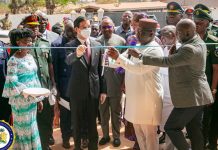 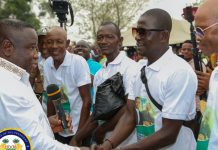