Where Sierra Leone Is Never Too Far Away
Blog
Updated: November 26, 2018 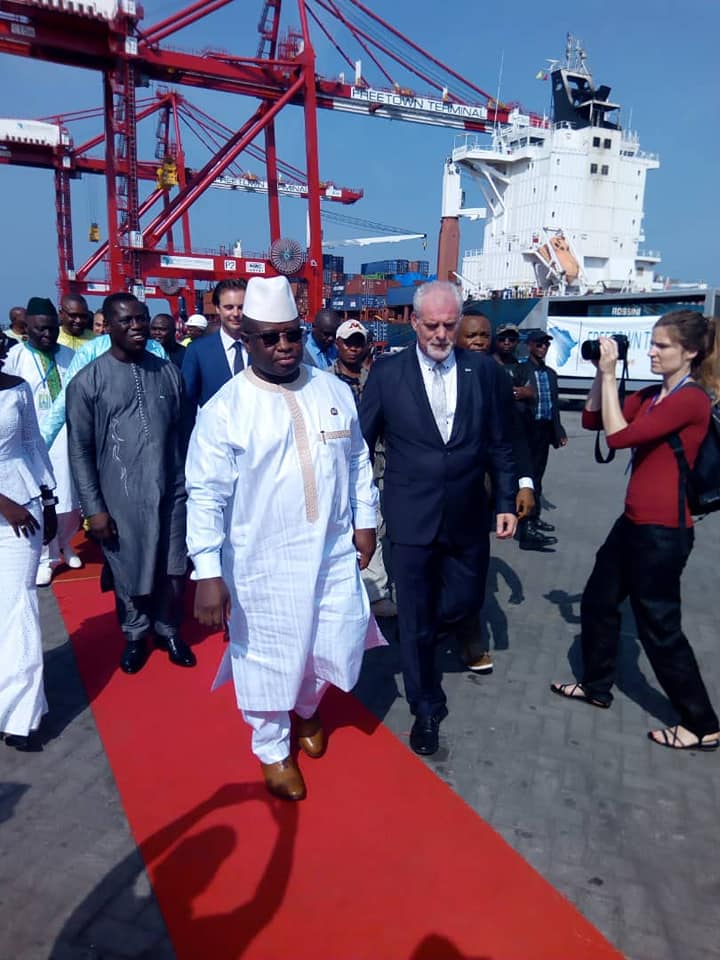 Retired Brigadier Julius Maada Bio has commissioned the Bollore-funded $120 million new Freetown Container Terminal expansion project on Friday November 23rd 2018.
At the event, he said his government will support trade investment and mutual relations that would benefit the country.

“My government will support trade investment and mutual relationship that would benefit the country,” he stated.

President Bio made these statements during the official commissioning of the Seaport Terminal Expansion project at the Queen Elizabeth II Quay.

To put words into action, the President said he would soon establish an Investment Board (comprising stakeholders in the business world, selected ministries and agencies) that would be presided over by the presidency in order to protect both the interests of the country and that of the investors. 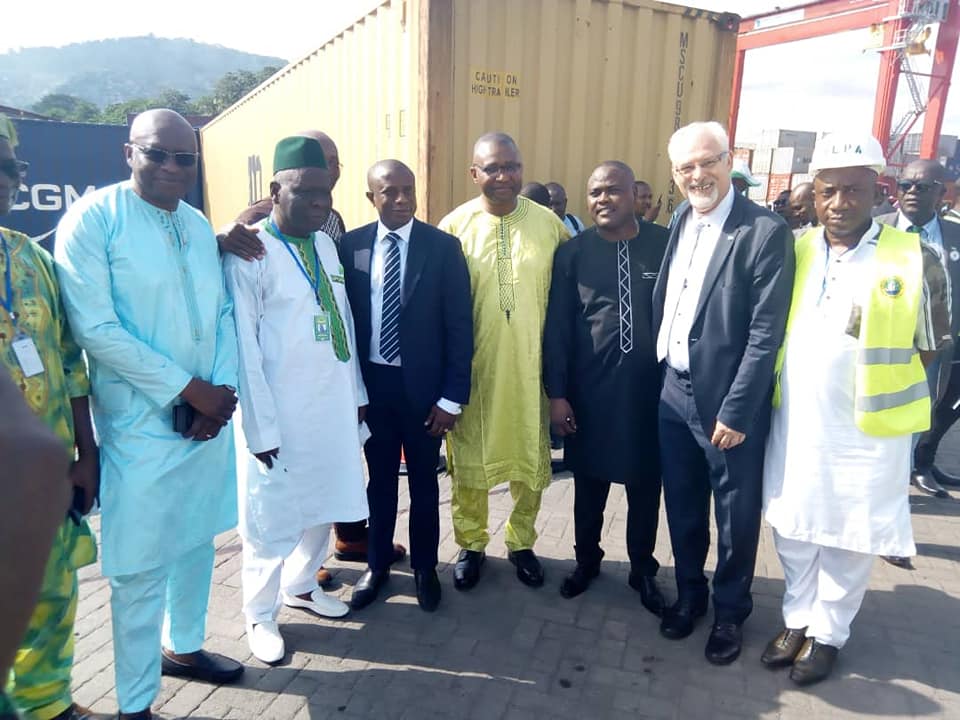 On Bollore, the operator of the seaport container terminal, President Bio said he acknowledged their work in scaling up the volume of operations at the port and their corporate social responsibilities to deprived communities across the country.

CEO of Bollore International Group of Companies, Cyril Bollore gave a history of the founding of Bollore; starting in southern France in 1822 with a staff of 300. He further said that in the 1980s, Bollore almost went bankrupt but that today, it is a large financially strong multi-national corporation with about 80 subsidiaries worldwide and a strong African presence.

Mr. Bollore said he feels proud of what the company has achieved since its founding 196 years ago. 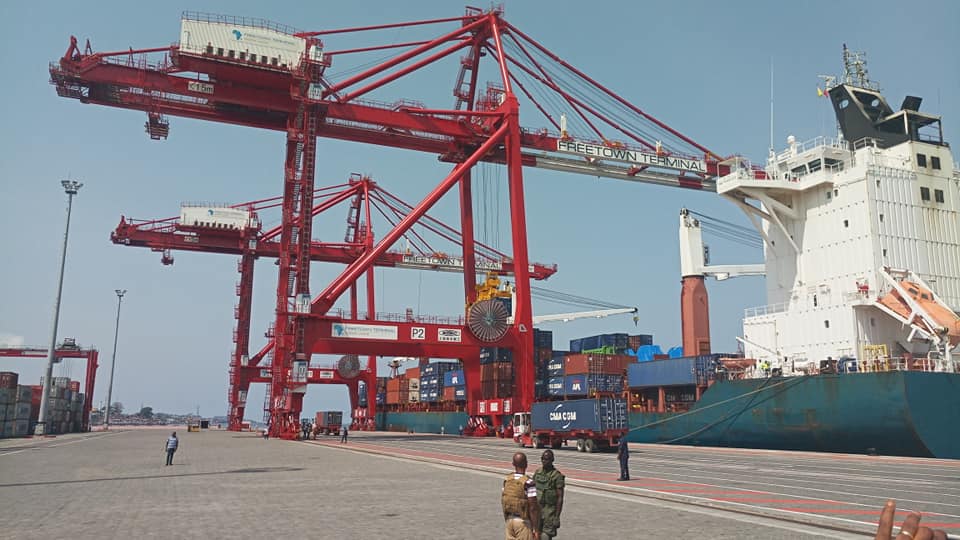 He thanked to all who made the $120 million Freetown Container Terminal a reality that employs over 400 locals who make up over 99 percent of its workforce.

Cyril Bollore said he will be around in the next twenty years to see the Freetown terminal grow from strength to strength.

The Chairman of the National Commission for Privatization, Mr. Umaru Napoleon Koroma said the construction of the new Container Terminal is a result of the collaborative efforts of the NCP, the Ministry of Transport and Aviation, the Ministry of Finance and the Sierra Leone Ports Authority.

He said the realignment and the modernization of the Freetown Port has been at the core of activities pioneered by NCP as prudential shareholder representing the government interest.

He assured President Bio that the SLPA being a landlord, will continue to ensure that the private port operators provide satisfactory service to customers, efficiently and effectively manage and operate the port facilities and fulfill their contractual obligations in the best interest of the country. 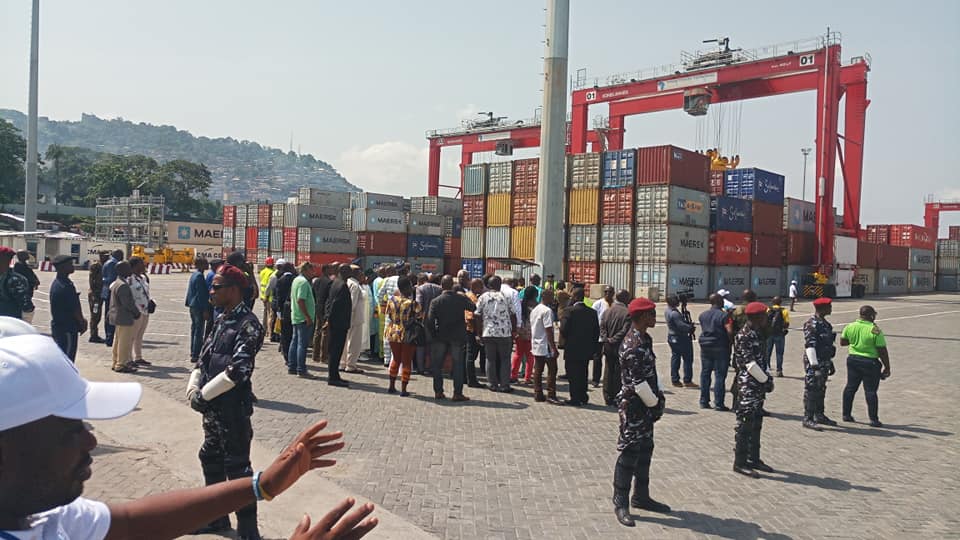 Bollore Country Manager, Captain Fabjanko Kokan, informed his audience that the Bollore Freetown Terminal expansion involved material and logistic requirements which put together made it a reality that included 1 million tons of sand and over 40, 000 tons of steel.

He acknowledged the cooperation of the Government of Sierra Leone and the hard work and discipline shown by the people who built the structure.

Captain Kokan noted that all the people who made the terminal a reality came from different countries and from different backgrounds but that regardless of those differences we can change Freetown, Sierra Leone and the world.
“Impossible is only impossible until it is done,” he said.

The terminal which will be a big business hub for many Sierra Leoneans he said makes all of them proud, noting that it is by our commitments and courage that we are remembered.

He expressed his sincere appreciation to lead the project and gratitude to President Bio government and Bollore as partners, ending that “Bollore is more than a company, it is a family”.

I had an excellent conversation with @PresidentBio to discuss how the @IMFNews can fully support #SierraLeone through the pandemic. We stand with...
Read more