“I have considered the explanations submitted in support of the objection and I have concluded that the evidence is insufficient to reverse the provisional nomination of Yumkella Kandeh Kolleh.

In my submission therefore as District Returning Officer and reference to section 63 subsection 3 of the Public Elections Act, 2012, my decision on this matter is thus, that the objection is rejected and the provisional nomination of Yumkella Kandeh Kolleh as candidate of constituency 062, Parliamentary Election is upheld.

However there is further opportunity for an appeal on this matter at the National Electoral Commission’s Headquarters in Freetown.” – District Returning Officer, Umaru Fomba 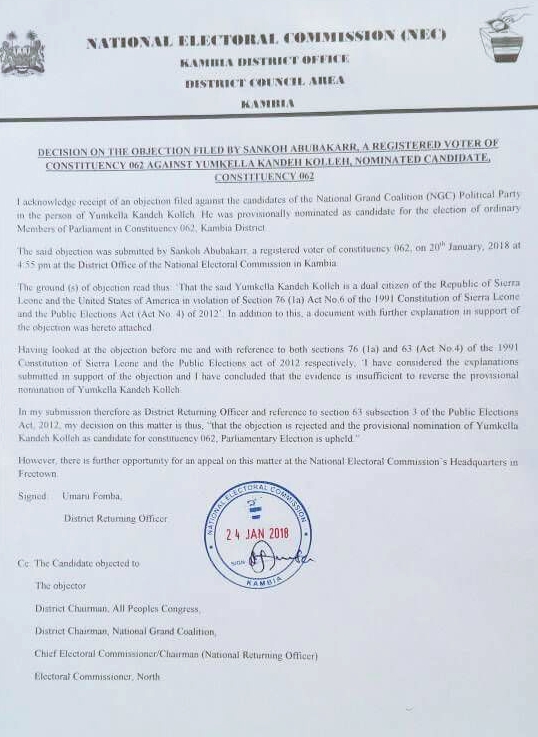