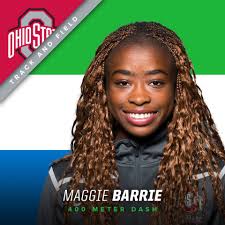 All roads lead to the Olympic Stadium in London for the opening day of the two weeks long IAAF world championships in London 2017. It promises to be an explosive affair both on track and field events. Day one will witness world and Olympic champion Sir Mo Farah’s resolve to defend his 10,000m crown, against suspected tough contest challenges from Kenyan/Ethiopian world class field..

In the meantime the world’s fastest man will start the heats in the defence of his 100m, with the final slated for Saturday.will the likes of American Justin Gatlin, Yohan Blake of Jamaica, in the absence if Canada’s Andre De Grasse etc, spoil BOLT’S farewell party ?

In the ladies division, after a well planned season it promises to be an explosive affair between Olympic gold medalist Elaine Thompson of Jamaica,the American Torie Bowie in both 100/200m with Daphne Shippers of the Netherlands also in contention.

However, as a Sierra Leonean it is my hope that our compatriots out there in London will give their full support to one of our athlete female 400m sprinter MAGGIE BARRIE, a student of the OHIO State University, who set a new national record in the event..In a brief telephone chat with colleague and friend CEO African Monthly SPORTS Leslie Koroma, he expressed confidence in our young Sierra Leone Athlete Maggie Barrie. Other African female Athletes to watch are, Ivorians Marie Josee’ Ta Lou, Murielle Ahoure and Nigerian Blessing Okagbare the Common Wealth Games 2015 gold medalist. There is also Rio 2016 gold medalist in Heptathlon Belgium’s Nafissatou Thiam of a Senegalese Father. 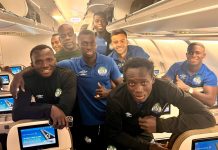 25 players and 21 officials embark on two FIFA sanctioned friendlies against Bafana Bafana and The Leopards of DR Congo on the 24th and... 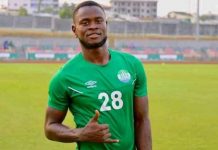 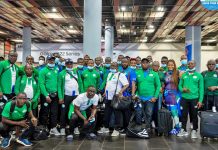 Sierra Leone (Team B) Squad – For The Return Leg Against Mali