Where Sierra Leone Is Never Too Far Away
Blog
Updated: February 14, 2018

On 27th May 2020 ,amidst the COVID-19 pandemic, Chang Li Mining Company donated to the Government of...
Read more 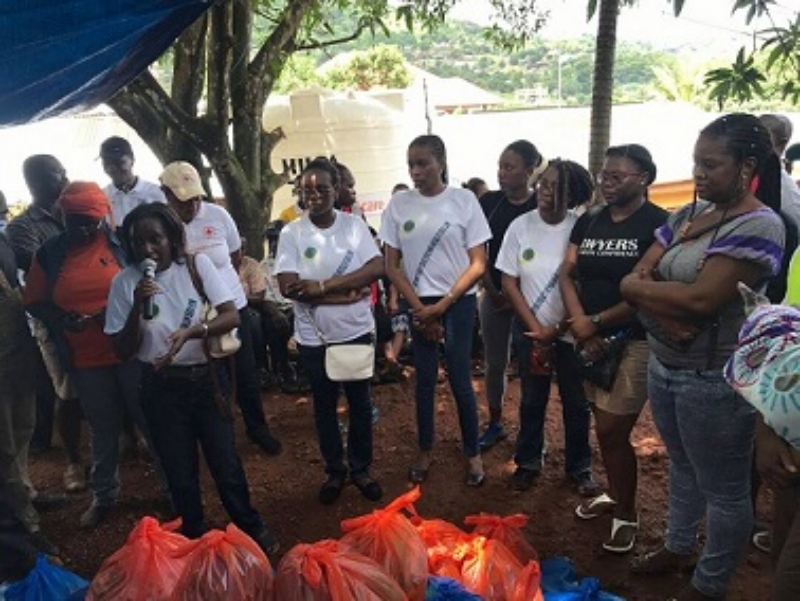 Legal Access through Women Yearning for Equality Rights and Social Justice (L.A.W.Y.E.R.S) mark its 21st anniversary this Valentine’s Day, the 14th of February 2018. It remains Sierra Leone’s foremost organization of female lawyers battling on to protect and promote the rights of the most vulnerable women and girls in Sierra Leone.

Courage
No other organization can boast of its achievements and if there is one word which sums up why L.A.W.Y.E.R.S has survived this long, it is courage. Courage to do the right thing even in the most difficult times.

Women of Courage & the Civil War
On the 14th of February 1997, it was courage that inspired a group of female lawyers including the late Hon. Justice Claudia Taylor, the late Hon. Justice Valerie Nicol and the late Patricia Kabba, to come together with other brave soldiers such as Isha Dyfan, Maureen Green, Yasmin Jusu-Sheriff, Mariama Seray Kallay, Hannah Ahmed, Vivian Solomon, Musu Kamara and Jamesina King to form an organization that would use the law to secure the rights of the most vulnerable women and girls in our country.

This was in an environment of political and economic instability and just a few months before the outbreak of the full scale civil war, which left women and girls even more vulnerable to rape and domestic violence.
Undeterred, the women of L.A.W.Y.E.R.S continued to meet and plan for the future.

Projects
Once the civil war ended, it embarked on several projects including regular visits to Pademba Road Prison, checking on the welfare of female inmates, establishing a legal advice clinic and providing legal services not only in Freetown, but also in Kenema and Kono.

The women of L.A.W.Y.E.R.S were instrumental in ensuring that these four key pieces of legislation came into existence.

Ebola Crisis
When Sierra Leone experienced the Ebola crisis between 2014 and 2015, the women of L.A.W.Y.E.R.S engaged in public broadcasts on radio, television, print and social media on how the disease was caught and how its spread could be prevented.

Mudslide
In August 2017 when the hills of Regent were hit by a devastating mudslide which left many dead and displaced, the women of L.A.W.Y.E.R.S gathered resources and provided relief packs to the women and girls of the Kamayama community, Lumley. Some of these women were lactating mothers, many with very young children, left destitute and in many cases homeless by the disaster.

March 7th 2018 General Elections
This year as Sierra Leone goes to her fourth general elections since the end of the civil war, the women of L.A.W.Y.E.R.S are speaking out on issues of domestic and sexual violence with specific reference to Subsection 127 (a) of The Public Elections Act, 2012, (Act No 4 of 2012).

The women of L.A.W.Y.E.R.S are also speaking out against threats and intimidation and the adult female’s constitutional right to exercise her vote according to her political beliefs.

Lois Anita Kawa, current President of L.A.W.Y.E.R.S, said they would continue to provide free legal advice and assistance to the most vulnerable women and girls of society.

“We will persist with creating awareness on the Gender Acts through media broadcasts and community work and will provide aid relief to deprived communities, especially in times of crisis,” said Lois, adding that the women of L.A.W.Y.E.R.S will continue to exhibit exemplary courage as Sierra Leone evolves and continues her journey towards a society where human rights are guaranteed for everyone.

Social Evening
On Saturday, 10th February 2018, the organization hosted a social evening in celebration of its 21 years milestone at the Balmaya Arts, Congo Cross, Freetown. The occasion brought together founding, past and present members of the organization, sponsors and individuals who have been supportive of the L.A.W.Y.E.R.S’ cause.

“We have come a long way and it has not been an easy ride,” said Lois.

“And we did not walk alone as an organization; so it’s fitting for us to recognize all those who have helped in diverse ways for us to reach this milestone in our long journey.”

On 27th May 2020 ,amidst the COVID-19 pandemic, Chang Li Mining Company donated to the Government of Sierra Leone through the Embassy...
Read more
Blog

On 27th May 2020 ,amidst the COVID-19 pandemic, Chang Li Mining Company donated to the Government of Sierra Leone through the Embassy...
Read more

Proposed COVID-19 Guidelines For The Safe Operation Of Religious Activities In...