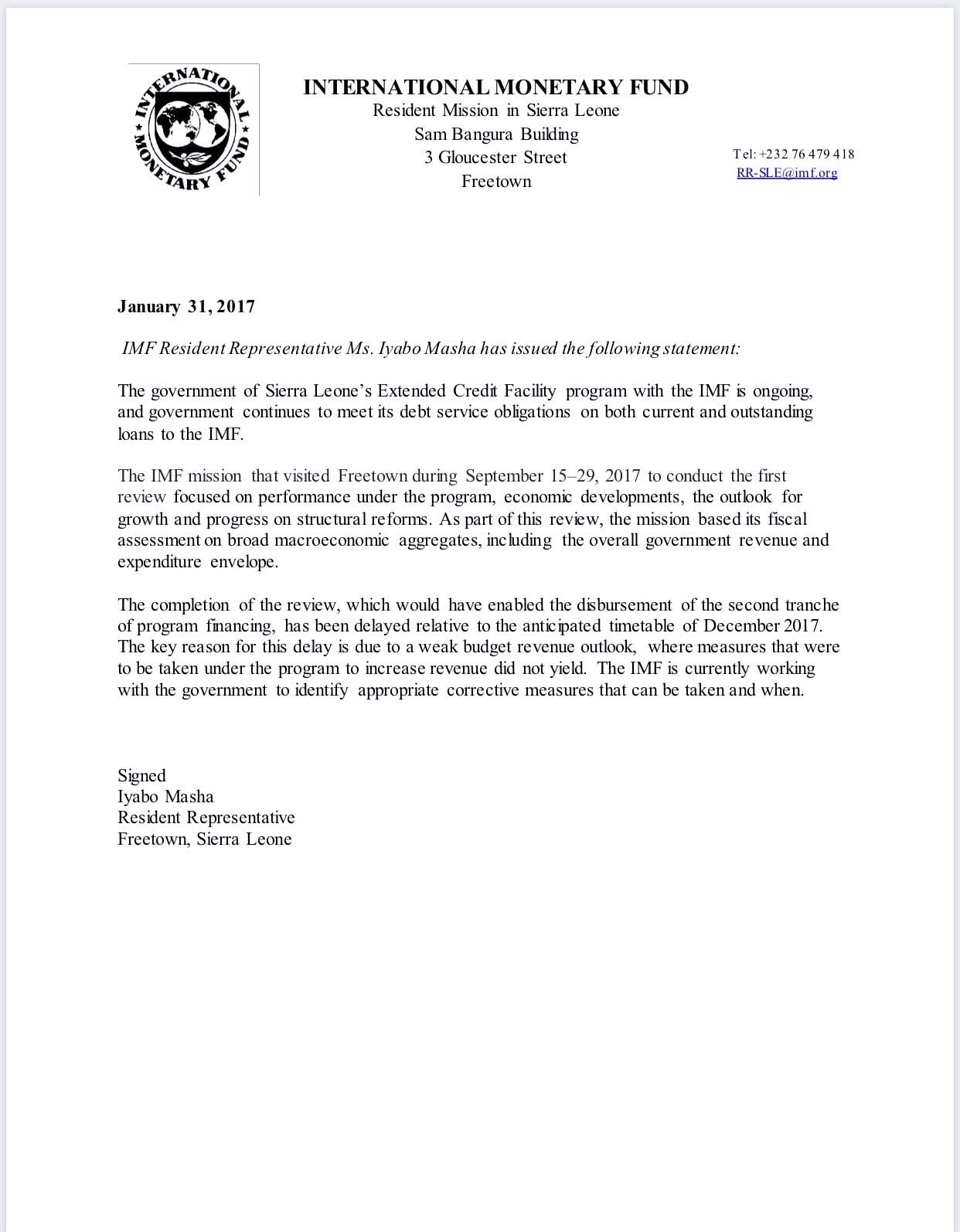 The government of Sierra Leone’s Extended Credit Facility program with the IMF is ongoing, and government continues to meet its debt service obligations on both current and outstanding loans to the IMF.

The IMF mission that visited Freetown during September 15–29, 2017 to conduct the first review focused on performance under the program, economic developments, the outlook for growth and progress on structural reforms. As part of this review, the mission based its fiscal assessment on broad macroeconomic aggregates, including the overall government revenue and expenditure envelope.

The completion of the review, which would have enabled the disbursement of the second tranche of program financing, has been delayed relative to the anticipated timetable of December 2017. The key reason for this delay is due to a weak budget revenue outlook, where measures that were to be taken under the program to increase revenue did not yield. The IMF is currently working with the government to identify appropriate corrective measures that can be taken and when. 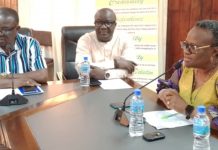 ECSL: Assures all issues will be resolved in time for finalisation & printing of Final List of Voters & distribution of ID cards 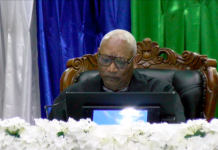 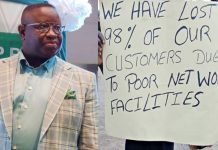