Where Sierra Leone Is Never Too Far Away
Blog
Updated: January 2, 2018 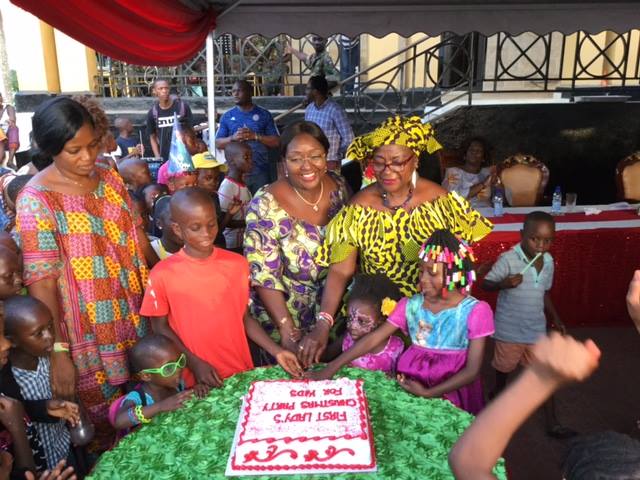 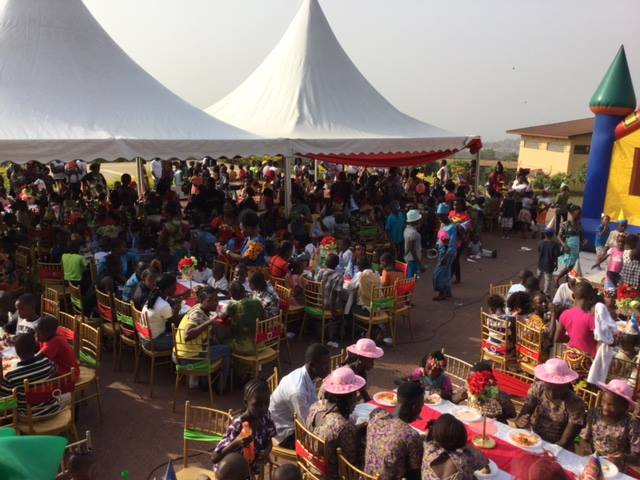 In an emotional Christmas message, she called on the kids to take their education seriously, stay away from sex, always put on good behaviour, nurture good habits and positive thinking, and be patriotic and respectful at all times. The First Lady reminded them of the work she has done to alleviate them from poverty, especially with educational scholarships. Among you are future doctors, lawyers, teachers, nurses and engineers whom i will be happy to meet with someday, don’t disappoint me she encouraged them.
The First Lady invited the wife of the APC flag bearer Mrs. Betty Kamara to grace the occasion in anticipation that should her husband win the next Presidential election she will continue to host the Christmas party for the children. 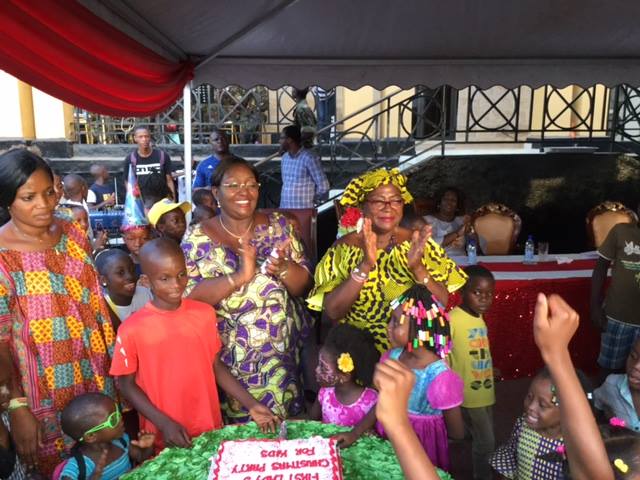 Mrs. Kamara promised the children to continue the First Lady’s legacy and commended the First Lady for the numerous strides she has made to empower the children of Sierra Leone.
The Director of Children affairs in the Ministry of Social Welfare Gender and Children’s Affairs Mrs. Kadie Buya Kamara also commended the First Lady saying that she has laid a solid foundation for the next First Lady to build on. The Deputy Minister of Health and Sanitation 1, Madina Rahman, called on the children to remind their parents of the many good things the First Lady has done for them and to encourage them to vote for the APC party in the forth coming elections that they may continue to have their Christmas party.
Nine year old Aminata Kamara was full of excitement as she opened up her Christmas present, she shed tears saying that she isn’t sure whether they will have the opportunity to come to the Lodge again as the First Lady and President are now relinquishing power. She expressed hope that whoever wins the next election will have a heart like that of the First Lady Sia Nyama Koroma to seek the interest of children despite their background, religion, health or social status.

BY EXPO MORIBA BOCKARIE ( COW WAE NOR GET TAIL) 1.FIRST I WANT TO USE THIS...
Read more
Blog

White Paper On The Report Of The Hon. Sir Justice Biobelle Georgewill

BY EXPO MORIBA BOCKARIE ( COW WAE NOR GET TAIL) 1.FIRST I WANT TO USE THIS...
Read more

White Paper On The Report Of The Hon. Sir Justice Biobelle Georgewill