Where Sierra Leone Is Never Too Far Away
Blog
Updated: November 23, 2018 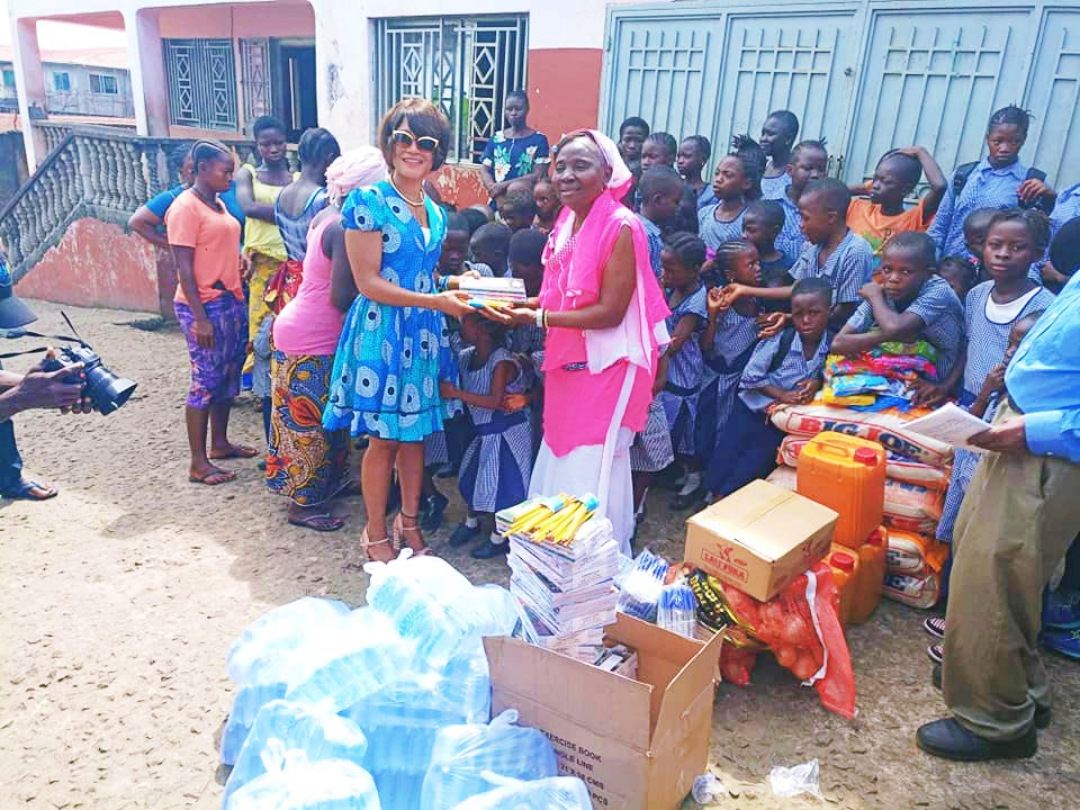 The winner of the just concluded Big Sister Salone 2018 reality TV show, Haja Mariama Kamara aka China Nicki has donated food and school items to less privileged children at the Network for Children in Need Orphanage Home, at Furniture Junction in Allen Town, amongst which were: gallons of cooking oil, bags of onions, bags of rice, mayonnaise, cartons of milk, cartons of shortcake biscuits, books, packets of pens and pencils, packets of sweets, bundles of water etc.

Speaking to the children China Nicki said she feels the pain for the orphans because she is also an orphan and therefore part of them as she lost her parents at a very tender age and knows how it feels to be an orphan.

She encouraged the children to be prayerful, attentive in their academic work, obedient and patient. She continued to say that children are blessings from the Lord and called on everyone not to forget the orphans because they are our future leaders tomorrow and they will someday become president, ministers, presidents wives, lawyers ,doctors etc and ‘so let us care of them, show them love, as give them hope. She added: ‘Let the orphans not be rejected by us.’ She said her burning desire now is to care for the less privileged and that she prays that God elevates her more and more so that she will support them. 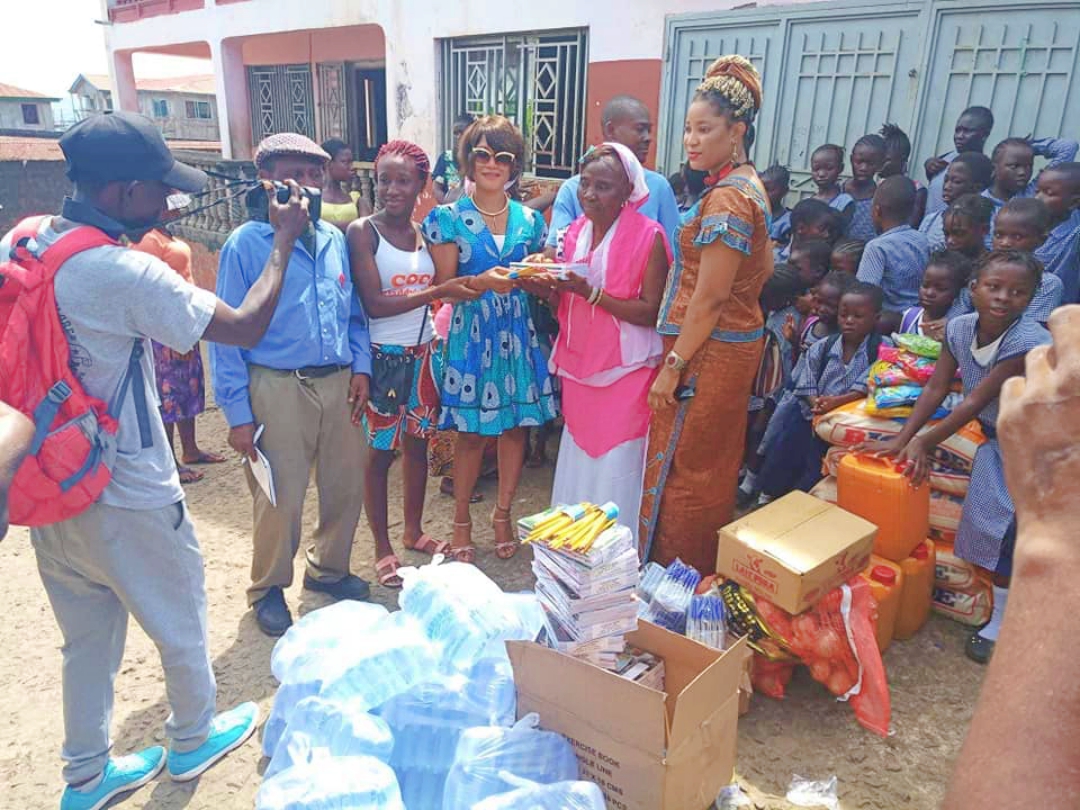 In appreciation one of the orphans Titus Young an SSS 4 student thanked China Nicki and appreciated her for what she has done for them, saying God will bless her and elevate her more.

Madam Ina Kamara the proprietress and founder of the Network for Children in Need Orphanage and the head teacher in the school named Ina Maria Preparatory & Primary School where the orphans are attending said the home has 68 children both boys and girls. She said they have constraints and that the school came first in the last NPSE.