BIOCULTURE, THE PATHWAY TO FOOD SUFFICIENCY 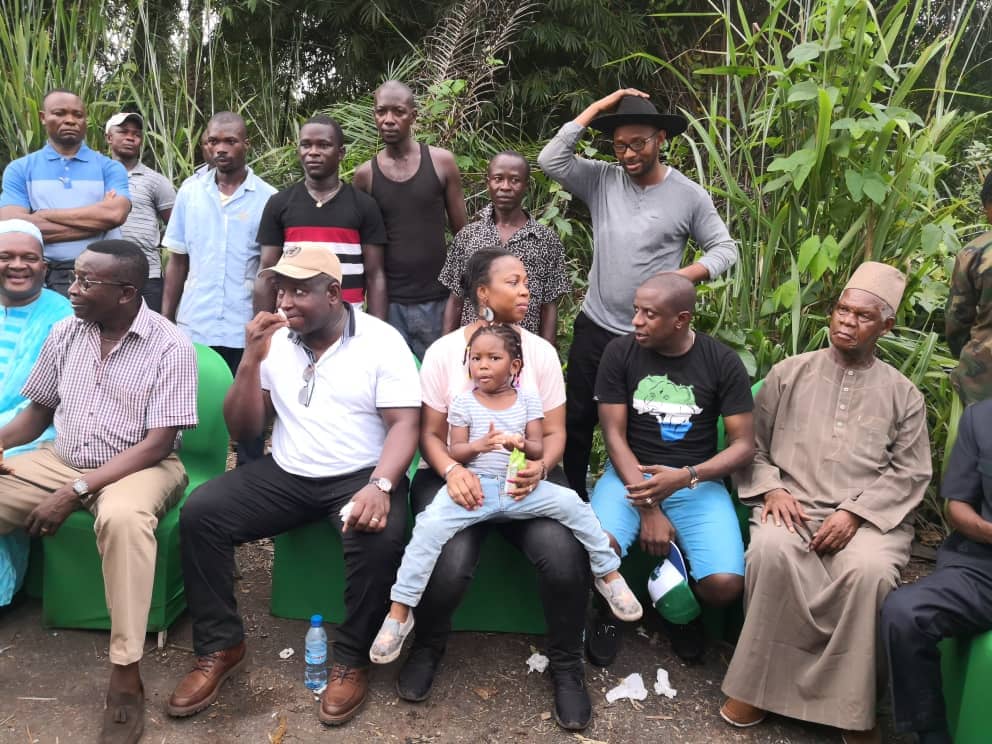 “To attain food sufficiency all leadership hands must be on deck.”

Her Excellency Mrs Fatima Bio (Fatimaculture) has demonstrated her commitment towards the attainment of food sufficiency in Sierra Leone by establishing a 200 acre farm in Masiaka, Northern Province. What President Bio said in the well of Parliament that all ministers and institutional heads should embark on farming has been zestfully translated into action. The farm grows cash crops that can be readily available for the market. With brewing chants of “Fatima is a talk and do First Lady” adoration, the Masiaka People especially women were so appreciative of Her Excellency’s selfless initiative, noting that it was the first time a First Lady paid the a development visit.

The “let it shine” personality is so focused on ensuring that her husband’s vision, in transforming Sierra Leone into a self sufficient nation, becomes a reality. She believes that through agriculture, they can leave a trail for people to follow and the pursuit of economic diversification, which means not only relying heavily on the mining sector but also concentrating on other areas like agriculture, is realised. The ready-to-work First Lady vitiated the claim that Sierra Leone doesn’t have capacity to grow her own food; she is fully suaded that Sierra Leone can reach the food sufficiency margin if all hard working hands, not only the people but also the Ministers and Heads of Departments and Agencies, are on deck. 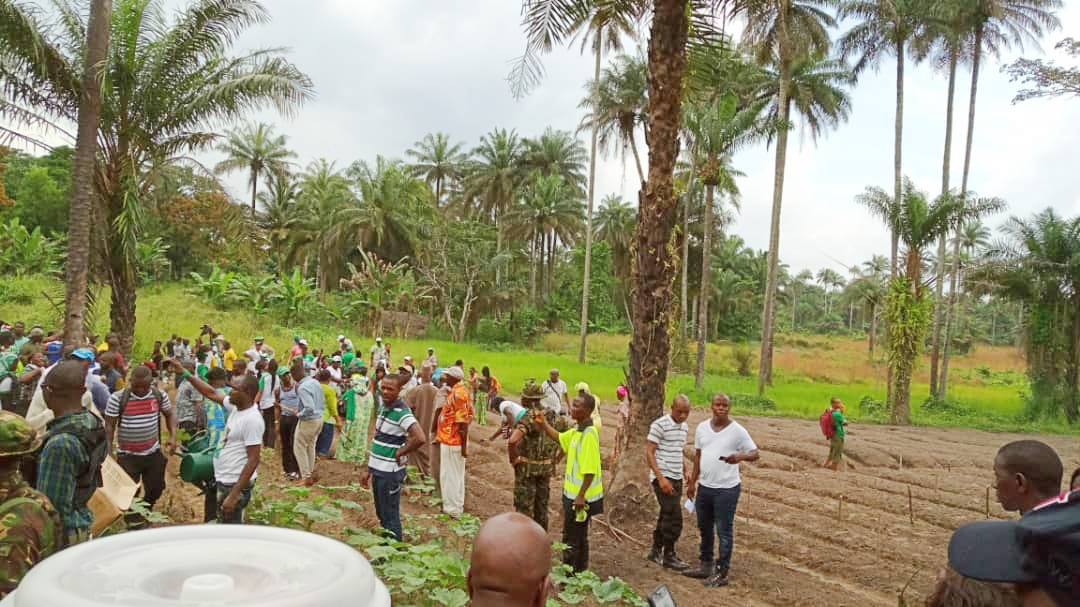 What was more fascinating and glaring was her total disregard for regional and ethnical lines. The farm is established in the Northern Province of Sierra Leone to show the First Family’s commitment in making sure that no district is left behind in the fight to attain food security. She exhibited that the Northern Province is as important as the others and it is a key actor in the strive to achieve sustainable development. “This is not a time for politicking; it’s not also a time we should start thinking about where to position a development project. This is the time we must work with concerted effort to realise our development dreams. We must be in readiness to pay attention to things that are important, as politics will only divide our nation instead of uniting it.”

The vantage point of establishing the farm is to inspire women to rise from their comfort zones and face the challenge in front of them. She believes women’s empowerment can best be realised through agriculture; thus, women can play a focal role in the economic development of the land that they love—Sierra Leone. Drawing examples from Thailand and China, the glittering personality noted that women must be in the driving seat in the attainment of food sufficiency not as traders alone but as farm owners. 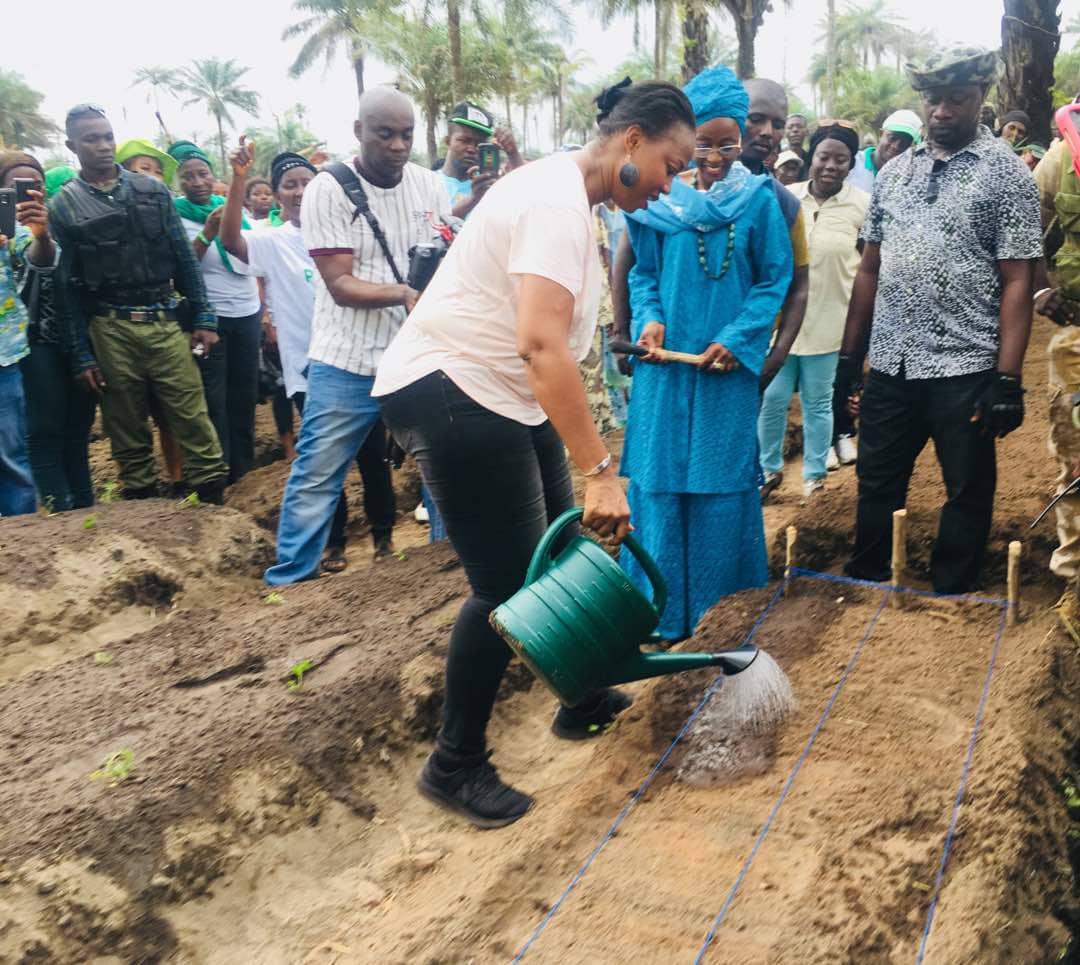 “This farm will serve a source of empowerment for the women in this community and the women in all communities in Sierra Leone. My aim is not to score political points, but to let women know that they must not only be servants in the kitchen but also major players in the boosting of our economy by embarking on agriculture. Agriculture is life; therefore we must make every reasonable effort to save life by engaging in food production. We have rich soil, enough sunshine and rain to achieve food sufficiency, so we must take advantage of the blessings God gave us. We must defeat the purpose of rice and other food related importation by growing our crops and feeding ourselves,” she said.