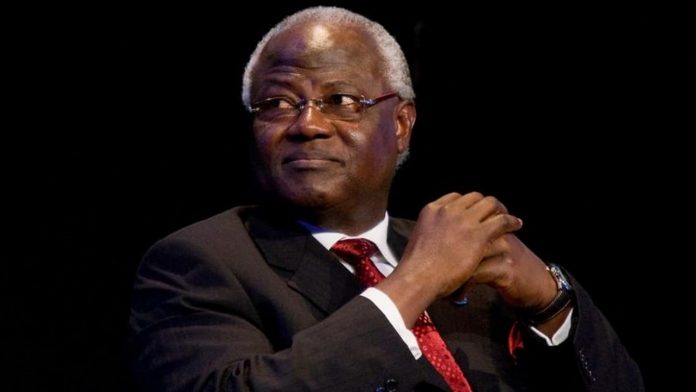 In a letter dated the 13th January 2021 written by Dr. Richard Konteh, aka D-UNIFIER, who poses as a Presidential Aspirant for the 2023 Presidential election, addressed to the Chairman and Leader of the All People’s Congress (APC) party, he expressed his wish to draw the latter’s attention to some unfortunate developments in the Social Media relating to steps taken by some members of the NAC and National Executive of their revered APC Party to endorse one of the Presidential Aspirants of the Party for the 2023 Presidential Elections in breach of established democratic tenets and directives issued by the Leader at the NDC in Port Loko admonishing elected officials against taking sides at this stage in the elections.

Dr. Konteh said he believes that as Chairman and Leader he made that admonition because such actions have the propensity of fomenting chaos and divisiveness in the party’s internal democratic process.

He furthered that what is more disturbing is the fact that the Acting National Organising Secretary, Sidi Yahyah Tunis stated at his declaration, that even if elections will be conducted to determine the new leadership for the Party and the Flagbearer, they will dictate to voters who and how to vote.

The 2023 Presidential aspirant continued that what such public pronouncements will imply is that no level playing field can be guaranteed and that senior members of the Party are determined to impose a Flagbearer on them for the 2023 Presidential elections.

He stated that as Chairman and Leader, he will observe from the videos forwarded to him via WhatsApp that these National Officials have not only endorsed one aspirant, but that they have gone further to make derogatory remarks against other contending aspirants.

“The less than complimentary ways in which we have been characterized cannot foster the much needed peace and unity which has eluded us since 2017,” he pointed out.

He said the Chairman and Leader will observe from the videos that Ms. Diana Konomanyi (Regional Chairperson for the East); Hon. Chernor Maju Bah (Acting Regional Chairperson, West; and Sidi Yahyah Tunis (Acting National Publicity Secretary) have gone ahead to endorse one aspirant and are campaigning publicly for him.

“It is also an established fact that Lansana Fadika is serving as National Campaign Chairman for Dr Samura Matthew Wilson Kamara,” he raised concern maintaining that he will agree with him that while his campaign acknowledges the right of every member of the APC to support the candidate of their choice, having National Officials, including members of NAC openly campaigning for one aspirant could potentially derail the democratic process and undermine any outcome from an already flawed electoral process.

“This does not bode well for peace and stability in our Party,” he admonished stating that he wishes to let the Chairman and Leader know that the four names mentioned above are not the only National Officials that are openly traveling with Dr. Samura Kamara and campaigning on his behalf.

He said some have even invited other District and Constituency Leaders and put undue pressure on them to support their preferred candidate.

“My campaign team is investigating these reports and will be coming up with documentary evidence in due course,” he added also maintaining that the letter will therefore serve to bring such to his notice and to further demand that the four officials mentioned above resign their current positions and recuse themselves from participating in their internal electoral processes because they have lost confidence in their ability to be neutral arbiters and that they can only undermine the credibility of the process.

Dr. Konteh revealed that his campaign team has full confidence in the Chairman’s leadership and trust that under his leadership, prompt action will be taken to relieve those four officials of their official positions in the best interest of the Party.

“It is our expectation Sir, that the actions taken by NAC against Hon. Ibrahim Bundu and Hon. Alimamy P. Koroma in the run-up to the 2018 Flagbearer elections will be replicated in this case,” he expressed hope and thanked him in advance for his prompt action and unflinching dedication to the APC Party.

In a concern raised by a senior member of the APC, Lawyer Kalokoh, said it could be recalled that four highly placed and massively influential All People’s Congress 2018 flag bearer contenders have emphatically and unanimously endorsed the 2018 Presidential Candidate for the APC for the 2023 polls.

According to him, those endorsements effectively mean that these personalities are no longer going to throw their hats into the 2023 flag bearer ring for the sake of Dr. Samura Kamara.

He said those endorsements, according to Hon. Chernor Bah, Dr. Sam Sesay, Frank Kargbo and Madam Diana Konomanyi, have been informed by a number of compelling reasons.

First, they consider Dr. Samura Kamara as the fittest person to lead the party in 2023 because of his vast experience in national governance or administration and diplomacy. Second, they consider the accomplished diplomat and economist as someone voters already know saying there is no time to market a new candidate.

Third, these endorsements represent conscious attempts to prevent what obtained in 2018 where the flag bearer contest produced several candidates to end up making the contest acrimonious or bitter.

According to Lawyer Kalokoh apart from the endorsements from these 2018 flag bearer aspirants, Dr. Kamara has also received nods from Members of Parliament.

He said it is widely rumoured now that Councils and Councillors will soon follow the trend of endorsing the man many believe will deliver victory for the APC and salvation to the country in 2023.

“Also, following another endorsement of Dr. Kamara by one of 2018’s running mate favourites, Sidi Yayah Tunis, it is believed that four more massive endorsements will soon be made,” he pointed out stating that those endorsements reflect the determination of the individuals to lay a solid foundation for the return of the party to power and to effect the general will of the grassroots who are desirous of seeing Dr. Kamara on the ballot paper in 2023.

Lawyer Kalokoh said when a national party official prematurely endorses a candidate for flagbearer, that official acts in a despicable and reprehensible manner.

He said the conduct of a few APC national Executive members over the past few days epitomizes a sad display of naïveté and immaturity.
The APC strongman maintained that they swore to uphold the constitution, bylaws, rules and regulations of the party adding how they have abrogated that fundamental obligation of theirs.

He said each displayed conduct that is emblematic of uncontrollable desperation and irreparable sycophancy.

Lawyer Kalokoh said considering the foregoing, Hon Chernor Bah, Comrade Diana Konomanyi and Comrade Sidi Yaya Tunis must now (expeditiously) step down and resign their national executive positions saying they no longer enjoy the trust and confidence of the rank and file membership of their great party.

He continued that at this juncture, their core goals are: to unify the APC, adopt a new (democratic) constitution; and choose their party leaders in an open, fair and credible manner saying those who do not share the aforementioned core values must step aside and give peace a chance. 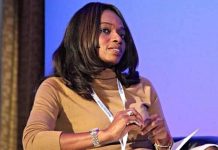 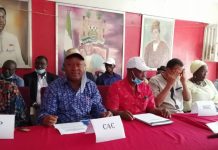 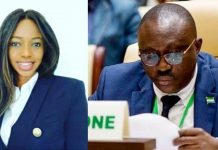