Where Sierra Leone Is Never Too Far Away
Blog
Updated: August 14, 2018

A Disaster That Left A Country In Distress One Year On

ACC AUDIT UPDATE NO. 4: Below we bring you the 4th tranche of ACC's intervention on issues...
Read more 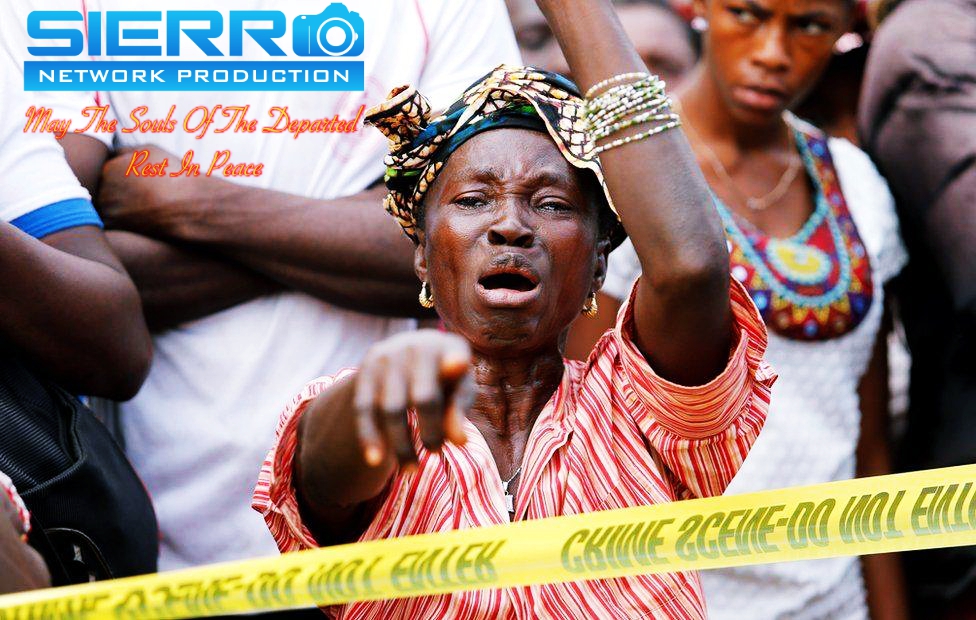 The dark period of the country’s worst natural tragedy is over, but there are still questions to be answered, scars to be healed and debts to be paid. The country has experienced natural calamities but none went anywhere closer to matching the sheer unprecedented scale on which the August 14 2017 mudslide took place.

Sunday 12th August 2018. On the ante penultimate day of the commemoration of the grim day, I dashed off to the black spot from my Eastern Freetown abode. Standing at a vantage point at Sheriff Drive, Malamah, I saw vague outlines of the disaster zone. It was raining torrential and I wasn’t dressed for the elements.

Knowing full well that a similar heavy downpour of rain prefaced that gory incident on that tragic day, I did not throw caution to the wind.I brought my ASSIGNMENT to a premature close to beat a quick and necessary retreat out of the area.

But as I galloped down the rugged alleyways, I couldn’t help but turn on the waterworks. Better imagined than experienced! What happened at the Regent-Matormeh community on August 14 2017 was macabre, ghastly and gut- wrenching. The story cannot be told to the faint hearted.

Mount Sugar Loaf peeled off and caved in, sending those massive boulders and mud cascading or rolling down the hills. The sheer force and the unprecedented scale of the slide took every resident off guard. The slide was lightening quick and it struck with seismic and lethal precision. Horror of horrors!

Giant ferrous-concrete structures were reduced to rubbles; the weak and muddy ones were totally wiped off by the force of the gushing water; occupiers were either buried alive in the mud and debris or were violently swept into gullies or waterways created by the fury floods; children as well as adults perished as they were struck by collapsing walls and rolling boulders; families buried alive; corpses discovered floating in the sea and littering beach shores. No coffins, no graves!

When the dust settled, it was more of recovery efforts than rescue ones. It was a difficult terrain and the relentless downpour of rain made the area foggy. The piles of rubbles clogged access roads and made alleyways impassable for caterpillars. Those that were trapped under the rubble and who were still alive, were left stranded.

But the true picture of the carnage was presented in graphic details at the country’s central hospital. The morgue was stretched and the air inside and outside the mortuary was eerily filled with the stench of decomposing bodies with some brutally dismembered. It was funerary, tear-jerking and lachrymose as relatives who went to the hospital to identify loved ones poured raw emotions. Gory images emerged of dead bodies strewn on the floor in the hospital. Genocide the pictures depict! Hundreds of lives were lost!

The survivors or escapees survived or escaped by the skin of their teeth. They include those who had left the epicenter to dash off to town and some other places ; those who were rudely awoken by the deafening noise of the slide and who were some millimeters away from the epicenter; those men and women who had gone to legally or illegally pass that night elsewhere and those who were at the very center of the strike but who were truly and heroically destined to live on

One Year on, those who survived the disaster are still reeling in the pains of the loss of their loved ones and property and are living in reduced circumstances. Aid assistance was riddled with corruption. No sympathy in adversity.

As we commemorate that tragic day, we should pray that NEVER AGAIN shall our nation be visited by such Apocalypse, Predicament or Calamity.

ACC AUDIT UPDATE NO. 4: Below we bring you the 4th tranche of ACC's intervention on issues hitherto raised in Auditor-General's reports...
Read more
News

ACC AUDIT UPDATE NO. 4: Below we bring you the 4th tranche of ACC's intervention on issues hitherto raised in Auditor-General's reports...
Read more

First Lady Fatima Bio vows to amplify her work in 2021