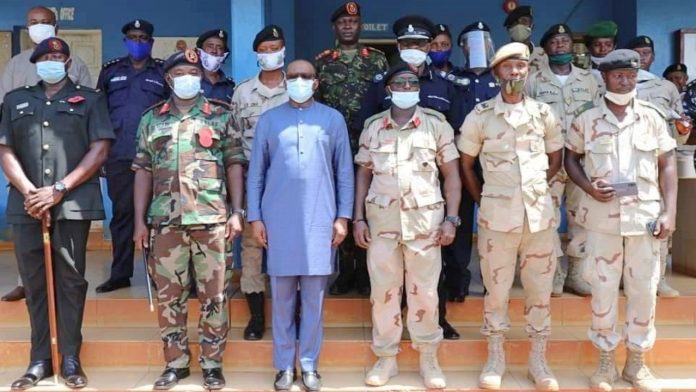 Dr. Mohamed Juldeh Jalloh, Vice President of the Republic of Sierra Leone has reiterated President Bio’s determination to give support to ecosystem governance.

The Vice President Jalloh referred to President Bio’s statement in Parliament in 2019 to support ecosystem governance furthering how the recruitment of five hundred game/forest guards to patrol protected areas in Sierra Leone is in sync with that statement. The employment of the five hundred forest guards, Dr. Jalloh, said was done in line with the New Direction Government’s promise to create jobs for the youth, taking into consideration the gender perspective.

Dr. Mohamed Juldeh Jalloh admonished the guards to showcase professionalism, respect for law and order and the community they are sent to. He called on the game guards to serve the community people, respect and treat the people with the highest standard of professionalism. Vice President Jalloh informed the guards of Government’s plans to monitor the activities of the game guards.

“Government will not tolerate any behavior that is outside the broader expectation. You are not sent to the community to sell land or beat people,” Vice President Jalloh also admonished.

He informed the attendees during the graduation ceremony of the recruited guards that the recruitment of the guards was a decision by the Government of Sierra Leone to strengthen the enforcement mechanisms of the National Protected Area Authority (NPAA).

“Before the recruitment of the new five hundred guards who graduated this past weekend, the NPAA was constrained with manpower to manage fifteen networks with land coverage of over 250,000 km/sq across Sierra Leone,” Vice President Jalloh explained.

He furthered that NPAA had only two hundred and eighty guards. The inadequate manpower and capacity of the Authority, Dr. Jalloh stated, is responsible for the massive deforestation, encroachment especially in the Western Area Peninsula National Park, undermining livelihoods and water supply saying they are posing the greatest challenge to Government’s efforts to enhance conservation.

Saturday 24th October, 2020 marked the date of the graduation ceremony which was held at the Peace Mission Training Center at Hastings and was attended by Government functionaries, diplomatic community and family members of the graduates. 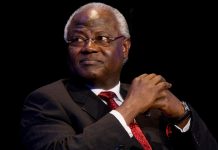 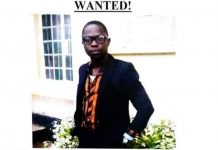